Bangladesh got off to a rollicking start against India in their Super 12 encounter in Adelaide. Chasing a steep target of 185, Liton Das came out all guns blazing and smashed a 21-ball fifty propelling Bangladesh’s score to 66/0 in 7 overs before rain intervened.

It was quite eventful as Liton Das got the rub of luck on his side in his innings, both times involving India wicket-keeper Dinesh Karthik. Das capitalized on it later on and made India pay heavily.

It was on the fifth ball of the second over, of Arshdeep Singh’s bowling, when Das edged a length ball that moved away from him. Dinesh Karthik dived forward as the ball was dying a little ahead of him because of the lack of pace on the surface.

Karthik dive forward and caught it and claimed the catch with the Indian celebrating. The umpires weren’t convinced though and sent the matters to the third umpire, who, upon seeing replays, said that the ball had “clearly bounced” ahead of Dinesh Karthik, and judged Das not out.

Dinesh Karthik was left surprised by the third umpire’s decision and nodded his head. Surprised was also India captain Rohit Sharma, who then had a word with umpire Marais Erasmus. 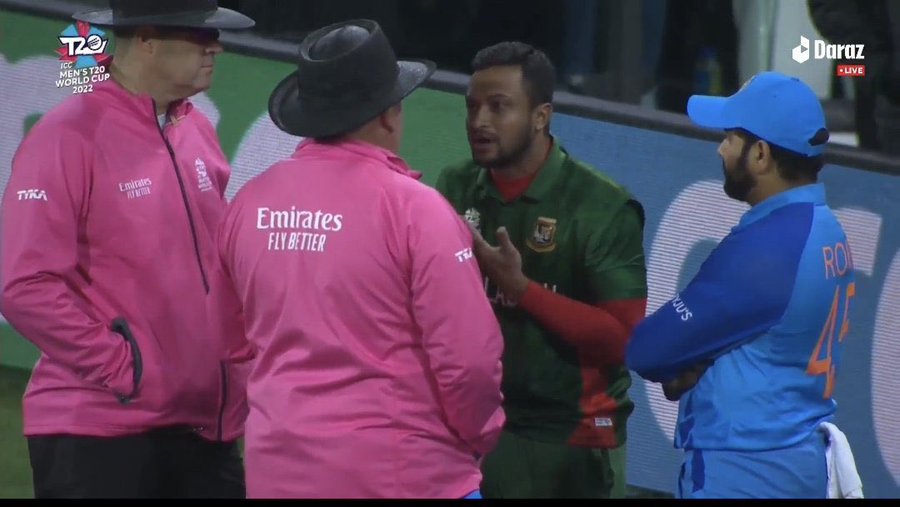 England's Barmy Army, the supporter group of the England cricket team, saw this as an opportunity to take a dig at Dinesh Karthik and question the sportsmanship of the Indian wicketkeeper.

“DK claiming a catch there,” the Barmy Army tweeted.

As usual, they got trolled heavily by Indian fans. But one among them, named ‘Hemant’ with the Twitter handle @Sportscasmm, absolutely, owned the Barmy Army.

“You claimed an entire World Cup,” the Indian fan replied. This reply, the tweet which brutally trolled the England team has gone viral.

You claimed an entire World Cup 😭