India climbed to the top of the Group 2 points table with a 5-run win over Bangladesh in a thrilling encounter in Adelaide on Wednesday.

India posted 184 on the back of fifties from KL Rahul and Virat Kohli, and a quick-fire cameo from Suryakumar Yadav. While at halfway stage the total looked enough to claim a victory over Bangladesh, Liton Das came out all guns blazing and gave India a scare.

Das hammered a 21-ball half-century and took Bangladesh to 66/0 in 7 overs before rain arrived. At that moment Bangladesh were ahead by 17 runs on DLS and had the game not resumed, Shakib’s team would have won the game.

However, the match resumed after a rain break and was reduced to 16 overs with a target of 151 in front of Bangladesh.

After the break, fortunes turned around for India as Liton Das got run out and Indian bowlers got India back in the game, helped by terrific catching in the deep.

Nurul Hasan and Taskin Ahmed dragged the game further deep. Bangladesh needed 20 runs required off the last over, bowled by Arshdeep Singh. The left-arm pacer got hit for a six and a four in the over, but despite that kept his cool and delivered the yorkers otherwise to seal the game by 5 runs.

In his second over, Arshdeep turned the game around with wickets of two important Bangladeshi batters, Afif Hossain and Shakib Al Hasan. 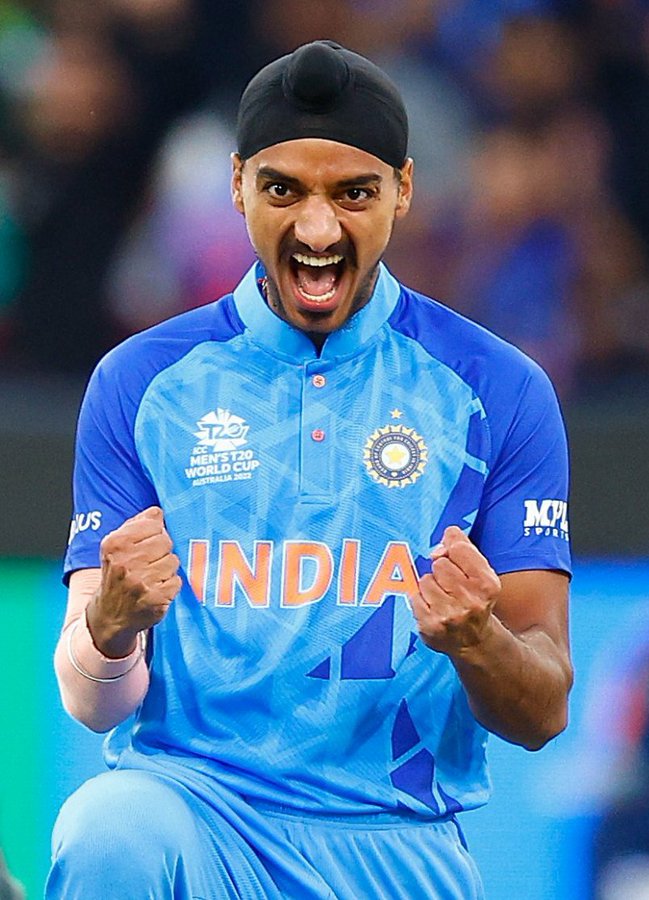 Arshdeep was chosen by skipper Rohit Sharma to bowl the last over ahead of senior pacers Mohammed Shami and Bhuvneshwar Kumar.

Renowned commentator Harsha Bhogle addressed this in his praiseful tweet for Arshdeep Singh, who made his India debut in July this year and has played in less than 20 T20Is.