India captain Rohit Sharma’s inconsistent form has now become a worry. On Wednesday, the right-handed opener was dismissed for another cheap score - 2 runs off 8 balls against Bangladesh despite being given a reprieve in the Super 12 match in Adelaide.

While his opening partner and vice-captain KL Rahul got back his mojo - smashing 50 runs off 31 balls - Rohit has now also had 3 low scores in 4 outings in the T20 World Cup 2022.

He had started off with 4 runs off 7 balls against Pakistan, before hitting a fifty vs the Netherlands. However, Sharma then played consecutive poor innings - 15 runs off 14 balls vs South Africa followed by 2 off 8 vs Bangladesh.

Rohit must be really unhappy with himself for not being able to capitalize on the life given by Bangladesh.

In the third over of Taskin Ahmed, Rohit pulled a short ball, and it went straight into the hands of Hasan Mahmud at deep square leg. However, Mahmud shockingly spilled the catch leading to a cheer among the Indian fans behind him and got an earful from the bowler, Taskin.

That dropped catch cost Bangladesh only 1 run as in the next over, bowled by Hasan Mahmud, the Indian captain got out. Rohit moved outside leg-stump to hit a short ball over covers, but the ball was too close for him to hit a big shot and he couldn’t get enough power on the shot, the ball going straight to Yasir Ali fielding at point. 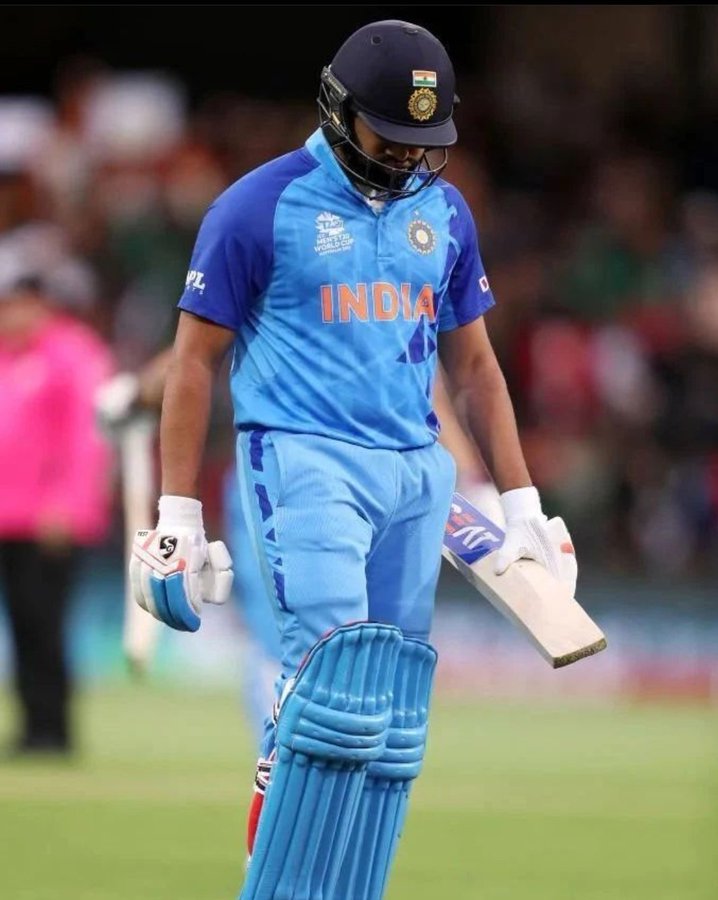 With a dejected face, Rohit made his walk back to the dressing room after another failure.

Rohit Sharma received severe backlash from the Indian fans on Twitter after yet another failure with the bat.

Fans came up with hilarious memes for trolling Rohit Sharma:

K L Rahul's performance has kept the spotlight off how woeful Rohit Sharma has been playing.

rohit sharma in the dressing room after getting out early every timepic.twitter.com/usy9EpbhW1

Do you think Rohit is facing pressure to hit after dot balls from Rahul in the first two overs?

Rohit Sharma is so fit. Saw him taking a diving catch.
Oh wait that was an ad.