IND vs ENG: 3 Mistakes India Made Which Led To Their Loss In The Semi-Final

IND vs ENG: 3 Mistakes India Made Which Led To Their Loss In The Semi-Final

India received a proper shellacking in Adelaide - perhaps even as brutal as the 36 all-out vs Australia which happened really quickly - as England hammered the Men In Blue by 10 wickets in the semi-final of the T20 World Cup 2022 in the case of 169.

England has booked the final with Pakistan, to be played on Sunday at the MCG.

In these conditions and especially while chasing, England seemed a little more favorite when the game started, despite losing Mark Wood to injury. But not many would have envisaged such humility that India was about to receive.

Here are the 3 key areas where India lost the match:

While the scorecard may say that the Indian bowlers failed to take 10 wickets, the problem today, as it was in last year’s T20 WC in the UAE, is with the batting. India’s top three Rohit, KL Rahul, and Kohli combined to score 82 runs off 73 balls - that is a strike rate of 112. If it wasn’t for Hardik’s assault in the death overs, India wouldn’t have even reached 150.

Now, the Adelaide surface was going to get easier to bat on. England has a deep batting line-up and will come hard at the bowlers. This was a below-par score that India put up. To challenge this England team, in these conditions, India needed much more than a par score. But the top three are the top three.

Despite the talks of intent from Rohit and Dravid, India’s top three's approach and returns have been the same in this tournament. Rohit and Kohli were involved in a partnership of 47 run off 43 balls, failing to capitalize on the powerplay field restrictions and the square boundaries.

While Rohit scratched his way to 27 runs in 28 balls, Kohli was 31 off 28 at one stage and ended with 50 off 40 (strike rate of 125) on a good batting surface with plenty of boundary-scoring options, as Pandya showed later on. Oh, and KL Rahul scored 5 runs in 5 balls and failed in another crucial game for his team.

Where is the leg-spinner? 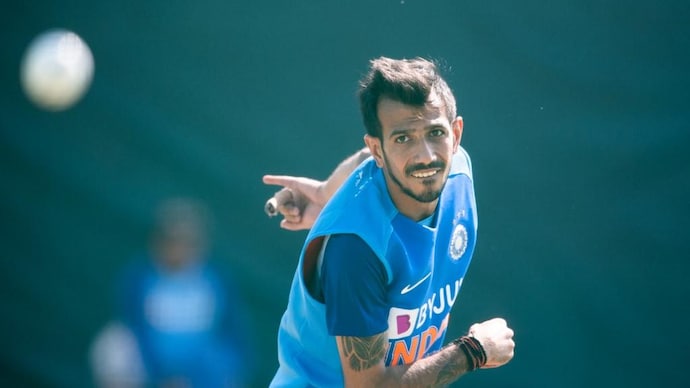 India would have regretted leaving Yuzvendra Chahal out of the squad in last year’s T20 World Cup. They had him this time, but the leg-spinner remained on the bench throughout the tournament as Axar and Ashwin were preferred over him.

England captain Eoin Morgan was surprised when he was speaking in the commentary at the fact that Chahal didn’t play a single game in the tournament, in Australian conditions where a leg-spinner would get more turn and could make more impact than finger-spinners, which India had two in the XI today.

On the other side, India failed to even hit regular boundaries off Adil Rashid and Livingstone, the two leg-spinners went for just 41 runs in 7 overs.

After putting up a below-par total with the bat, India would have hoped to put a tight lid with the ball and use some pressure of a big semi-final.

Nah. Buttler eased all the pressure in the first over hitting 3 fours off Bhuvneshwar and then one off Arshdeep before Hales smoked Bhuvi for a six. There was no looking back.

Rohit then made a weird call of bowling Axar Patel in the 4th and 6th overs. With the field restrictions still there, Buttler and Hales took 19 runs off the two overs from Axar, finishing the powerplay at 63/0.

Further, Rohit also under bowled Arshdeep. The match got over by the 16 over and Arshdeep had only bowled 2 overs for only 15 runs.