While Indian fans will have the happy memory of Team India defeating Pakistan in one of the greatest-ever cricket matches, courtesy of Virat Kohli’s epic knock. However, that happiness perhaps has been overshadowed by the sorrow and frustrations of a semi-final exit, and it was in an embarrassing fashion: England chased down 169 with all 10 wickets in hand to hand India a humbling.

This 10-wicket loss to England was reminiscent of the 10-wicket thrashing India had got from Pakistan in their T20 World Cup 2021 match in Dubai last year. 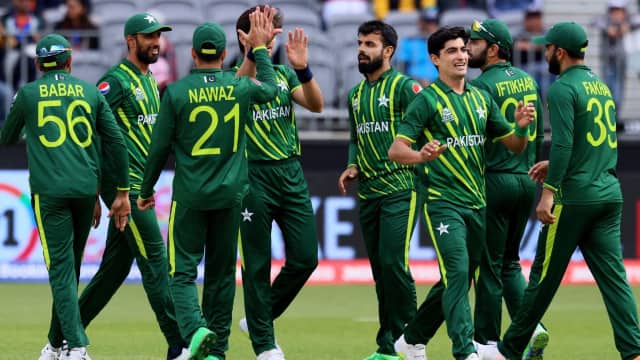 In the final, on Sunday at the MCG, England will face Pakistan, who defeated New Zealand in the semi-final. Pakistan were given a lifeline in the tournament by Netherlands’ victory over South Africa, and had miraculously reached the final despite losing to India and Zimbabwe. They grabbed their opportunity and thumped New Zealand by 7 wickets and are now one victory away from their second T20 world title.

Pakistan PM Shehbaz Sharif, though, wanted to take attention to India’s exit from the tournament and to Rohit Sharma’s side’s 10-wicket defeat vs England.

Such a mocking tweet from the PM of Pakistan is very disturbing for the country itself. And former India all-rounder Irfan Pathan called it out. Pathan slamming Sharif for such a tweet trying to take a dig at Team India, and said that Indians are happy in their own victories, but Pakistanis take pleasure in others’ losses.