NZ vs PAK: 3 Reasons Why New Zealand Lost The Match

NZ vs PAK: 3 Reasons Why New Zealand Lost The Match

Pakistan entered their first T20 World Cup final since 2009 by thrashing New Zealand by 7 wickets. Although the game went till the last over, it was effectively sealed by the 105-run opening partnership in 12.4 overs between Babar Azam and Mohammad Rizwan in the chase of 153.

Daryl Mitchell’s half-century helped New Zealand to what was clearly an under-par total on a good Sydney surface which took turn only late in Pakistan’s innings.

Babar and Rizwan, both of whom had faced plenty of criticism due to their low strike rate and the former in particular for his low scores - before this match Babar had managed only 39 runs in 5 innings - but both came to the party in the important semi-final and raised half-centuries each. Mohammad Haris’ 30 runs took Pakistan to the finishing line.

New Zealand were left to rue their mistakes with bat, ball, and in the field. 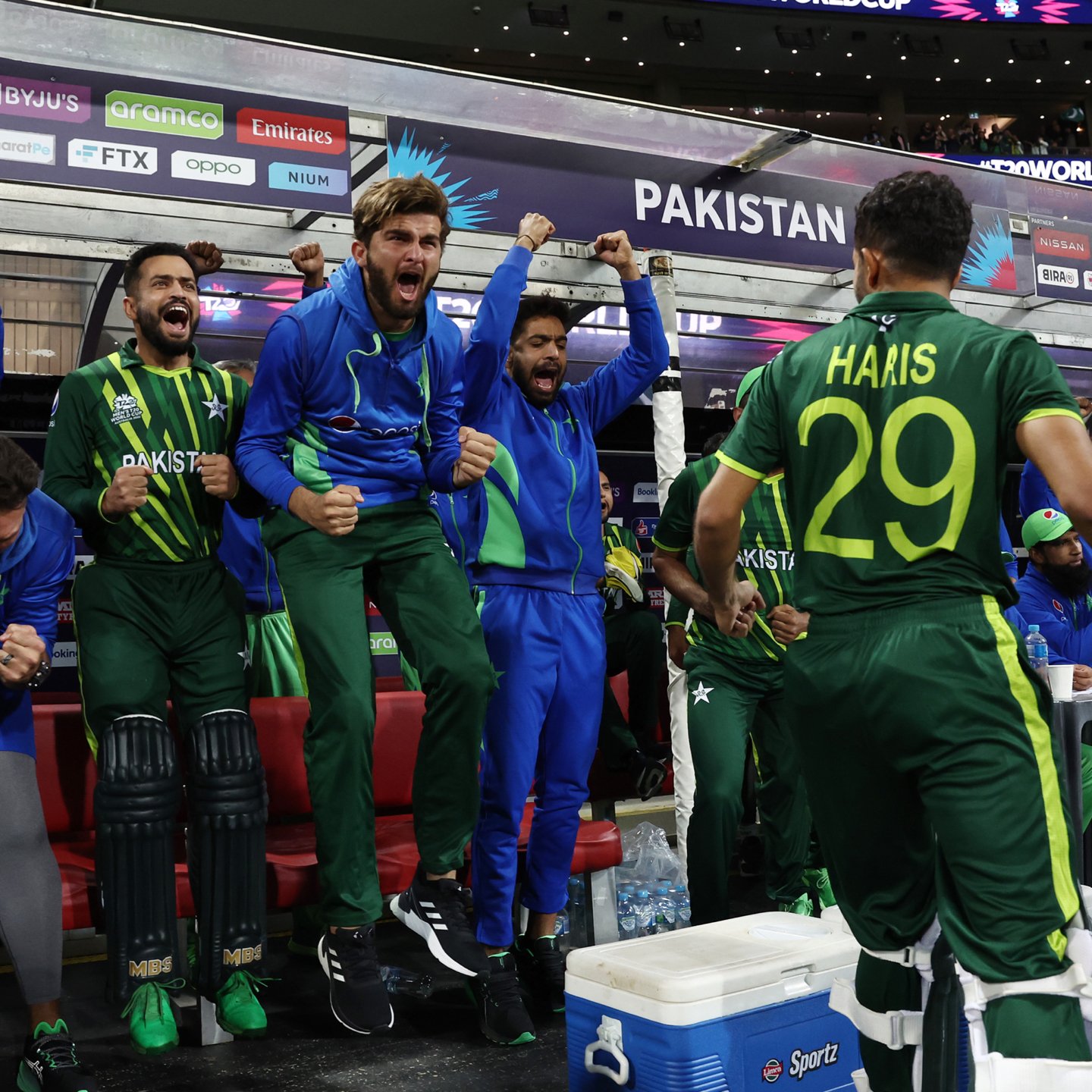 Here are three main reasons for New Zealand’s loss in the semi-final vs Pakistan:

Since the dawn of the game, the saying ‘Catches win your matches’ remained true. And dropped catches could potentially cost you the game. 3 dropped catches and 2 at important stages cost New Zealand a place in the final.

Babar Azam would have been dismissed for a duck in the first over itself had wicket-keeper Devon Conway held on to a catch that he went one-handed to after Babar outside-edged Trent Boult in the first over.

In the 16th over, when New Zealand had fought back to remain alive, Mohammad Haris, batting on 11(10) hit a cut short to Tim Southee. But Mitchell Santner, who is usually a safe fielder, dropped a straight catch fielding at point.

Mohammad Haris was dropped again, this time by Ish Sodhi in the 19th over when Haris couldn’t connect his reverse sweep properly and the ball lobbed to point. Sodhi dived forward, got his hand under the ball but spilled the catch at the end.

Had New Zealand taken the first two chances, it might have been a different end to the semi-final.

New Zealand captain Kane Williamson in particular will again get under scrutiny for playing a slowish anchor knock. Williamson scored 13 runs in 13 balls in the powerplay and eventually finished with 46 runs off 42 balls. While Daryl Mitchell batted at a strike rate of 151, Williamson and Devon Conway (21 off 20) trudged at lower than 110 strike rate.

New Zealand’s failure to maximize the powerplay, and Williamson’s failure to bat aggressively after being set was the reason the Kiwis not getting an above par score in Sydney, which has been the best surface to bat on in this tournament.

Could New Zealand have played Michael Bracewell instead of Lockie Ferguson?

This is the question New Zealand and their fans would now ponder over. And may have also before the game.

Pakistan and New Zealand have met in a tri-series in New Zealand before this tournament where off-spinner Michael Bracewell troubled the Pakistani batters. Against Pakistan, Michael Bracewell had returned with figures of 2/11 and 2/14 in two matches bowling a full quota of 4 overs. Further, Pakistan’s two star batters in the game, Babar and Rizwan, both are well-known to have trouble scoring quickly against off-spin; both barely score over strike rate of 110 vs off-spinners.

New Zealand remained adamant about not changing their winning combination - which is fair enough - but in the hindsight, they would realize that this pitch also wasn’t meant for the pace of Lockie Ferguson, who finished with 0/37.