India suffered their first defeat of the maiden T20 World Cup as South Africa beat them to the finish line in a nail-biting thriller at the Perth. It was an electric contest where the batters could barely find themselves rolling while the bowlers were extremely disciplined to keep the contest alive at both ends. However, at the end of the day, a despondent body language and some poor fielding cost India heavily with the difference being just inches.

Rohit Sharma won the toss and opted to bat first on a surface that had very little on assistance for the batters. The Indian top-order had another flop show and was toted by a valiant knock from Suryakumar Yadav to pile up something significant on the cards. Chasing 134, Arshdeep produced a seraphic spell at the start of the innings to claim Rossouw and QDK but an emphatic show of experience from David Miller and Aiden Markram sealed the day for the Proteas. Here are the three mistakes that cost India heavily. 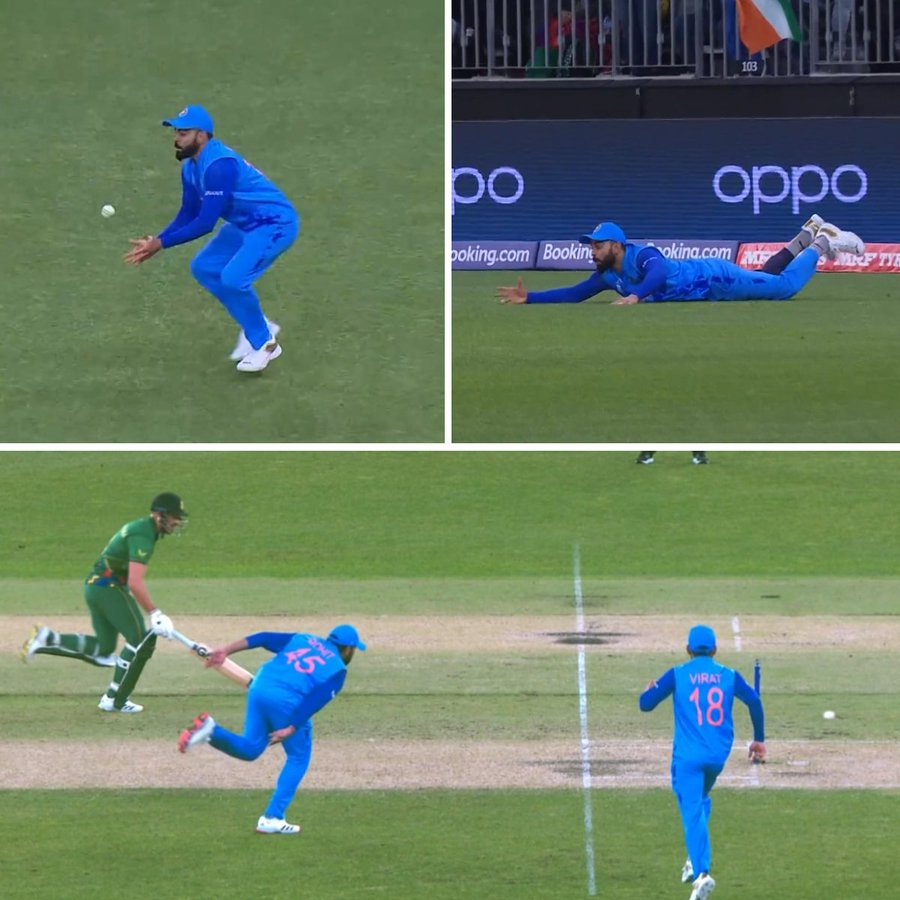 When Axar was being dropped from the side, it was obvious that the man taking his place would either be Pant or Hooda. It was surprising to see Hooda being brought into the side, considering the fact that he was not going to bowl either if there was not a crackling difference in the equations. Eventually the inclusion of Rishabh Pant could have added some decent experience to the mix and maybe on a pitch like that of Perth, a few of his antiques could have even been a game-saver for the Men in Blue.

Players like KL Rahul and Rohit Sharma somehow exhibited a slump in their body language. In a couple of occasions, KL Rahul seemed being disinterested in even chasing the ball. He was lollygagging on the field with very minimal breathing space for India. Rohit wasn’t decent enough as somehow his usual commanding self was pretty much on the backfoot today. The levity wasn’t there in the atmosphere while India struggled to keep things in a piece. Add to that a couple of missed run-outs from point blank range and Virat Kohli’s miffed catch. Bring it all together and the roads led to a serious learning for the Men in Blue.

Despite Ashwin bagging the crucial wicket of Tristan Stubbs, bringing him on in the 17th over was a tough call. He could have either finished his spell by the 16th that would made it a fine test of the batters as the Indian pacers seemed pretty much in steam or maybe they could have given Ashwin the 19th over, dragging the number of runs to that penultimate over where the craziest of things have happened in the cricketing roster. Nevertheless, all eyes now shift to Adelaide as India will be colliding with Bangladesh in their fourth encounter of the Group Stages, a victory in which can almost confirm their semi-final berth.