Even though Australia defeated Afghanistan - but by a small margin of 4 runs - to keep the hopes of a semi-final berth alive, there remains a question on the think-tank’s decision to drop Mitchell Starc, the left-arm speedster, from the Afghanistan game where Australia needed to win by a big margin to pip over England on NRR, which they failed to do so and now rely on Sri Lanka defeating England.

The hosts made three changes in Adelaide on Friday: two were forced - Aaron Finch and Tim David, both having injured hamstrings made way for Steve Smith and Cameron Green; Starc’s exclusion for seamer Kane Richardson - who returned with figures of 1/48 - has left everyone surprised. 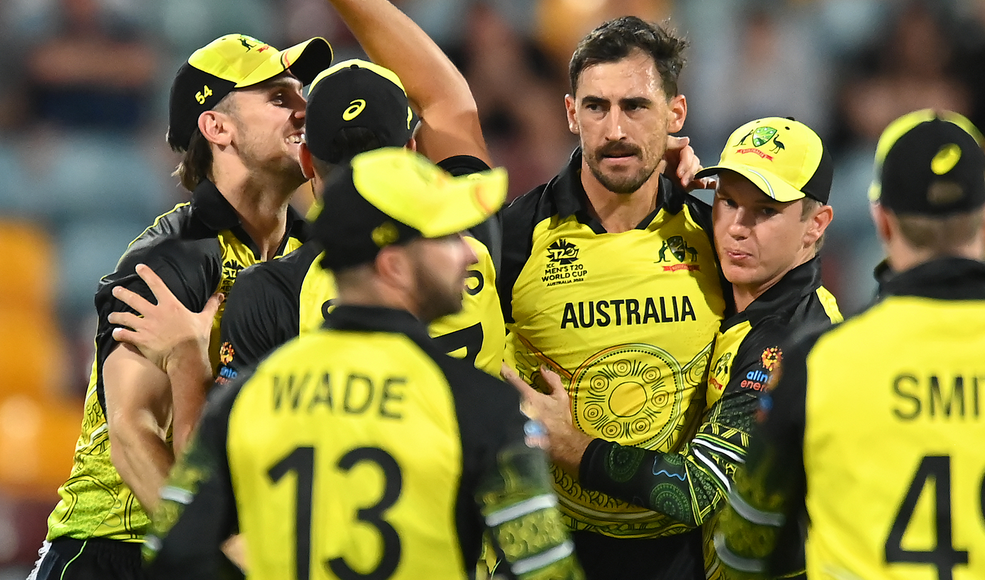 It is not so much that Richardson was brought in - he’s one of the best operators in T20 cricket in the world - but that Starc was dropped, and, perhaps not Pat Cummins, the Test captain and the new ODI skipper that has puzzled former skipper Michael Clarke.

“Strange one Harsha, strange one. He’s got to be injured,” Clarke responded to Harsha Bhogle when asked on his thoughts about Starc’s exclusion while commentating. “There’s absolutely no way you can leave him out of tonight’s game. If anyone’s going to rip through Afghanistan’s batting it’s Mitchell Starc. Left-arm, if it swings with the new ball and then we’ve seen his yorkers at the death. I don’t get it.”

Even later in the game, Clarke expressed his disbelief at Australia’s selection decision: “No Mitchell Starc. I still can’t believe it to be honest. I think we saw a bit of swing. I think Starc right now with the new ball swinging back into the right-handers would’ve been lethal. He’d have been my first bowler picked against this Afghanistan line-up.

“To me we’ve got a lot of the same-same here, (Josh) Hazlewood, (Marcus) Stoinis, (Cameron) Green - it’s all right-hand back of a length, hit the wicket hard. We’ve got to win this game and got to win by a lot. I just think that left-arm something different - it would have been exactly what we needed tonight.”

In 3 matches in the tournament, Starc snapped up 3 wickets at an economy of 8.5 and had taken 2 wickets in the last game against Ireland. Cummins also had 3 wickets at a worse economy of 9.17. Cummins did bowl well against Afghanistan, though, returning with figures of 0/22 in 4 overs, but perhaps Australia missed Starc as they wanted a big win, and few bowlers in the world match Starc for his deadly exploits with the new ball.