England’s bowlers did very well to tie down and restrict the Pakistani batters to the total of 137/8 in the T20 World Cup 2022 final on Sunday at the MCG.

After Jos Buttler won the toss and elected to bowl first, England were on top of the Pakistani innings right from the start, and but for a little loosening in the middle, they mostly had the leash on.

Sam Curran was once again England’s best pacer on the night, returning with terrific figures of 3/12 in 4 overs. This ended his tournament with the ball - and what a tournament he had. Curran finished with 13 wickets in 6 matches at a superb average of 11.38, and also took a five-wicket haul, versus Afghanistan. Only Sri Lanka’s Wanindu Hasaranga picked more wickets than Curran - 15 wickets, but in 2 more matches than Curran, and also played weaker opponents in the preliminary qualifying round. 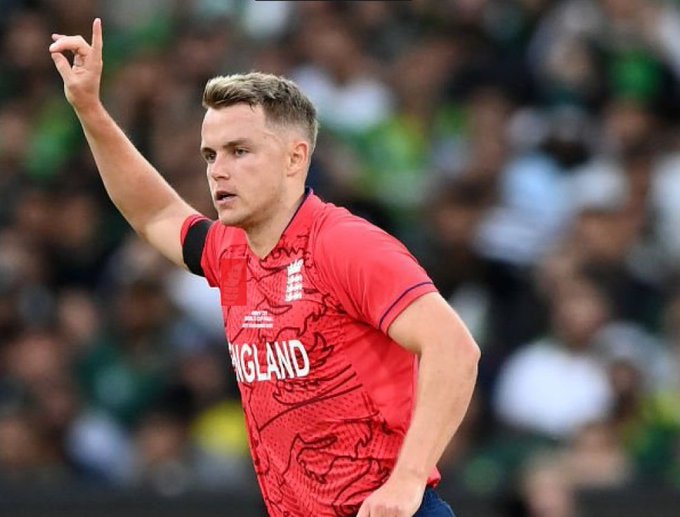 With this performance of 3/12, Sam Curran recorded the best bowling figures by a pacer in a men’s T20 World Cup final. Over the 8 editions now, it is Curran who among the seamer has the best figures. He bettered Irfan Pathan’s figures of 3/16 from 2007 vs Pakistan and Josh Hazlewood’s also 3/16 from last year vs New Zealand.

In his 6 matches, Curran went wicketless only once - in the semi-final against India. Curran has been a revelation as a death bowler in this tournament: of his 13 wickets, 9 wickets have come in the death overs and he’s managed a brilliant economy of 6.56 in this phase. Today, Curran took three crucial wickets - that of Mohammad Rizwan, Shan Masood and Mohammad Nawaz.