T20 World Cup 2022: Here's How Pakistan Is Relying On Team India To Qualify For Semi-Finals

T20 World Cup 2022: Here's How Pakistan Is Relying On Team India To Qualify For Semi-Finals

The condition of Pakistan in the T20 World Cup 2022 is the same as that of India last year. After losing the opening match of the 2021 World Cup, Team India had to win all the matches and depend on the results of other teams to remain in the race for the semi-finals. Similar situation prevails in Pakistan as well. While India defeated Pakistan in the first match of this tournament being played in Australia, Zimbabwe defeated them by 1 run in the second match. After these two defeats, Pakistan is on the verge of being out of the T20 World Cup 2022, now Pakistan's last hope is from India.

Yes, if Pakistan has to enter the semi-finals this year, they will have to win their remaining three matches and pray that South Africa and Zimbabwe lose at least two matches. If Pakistan wins the next three matches, it will end the Super-12 stage with 6 points, while if South Africa and Zimbabwe lose their next two matches, then they will be able to reach 5 points. In such a situation, Pakistan can enter the semi-finals with India. 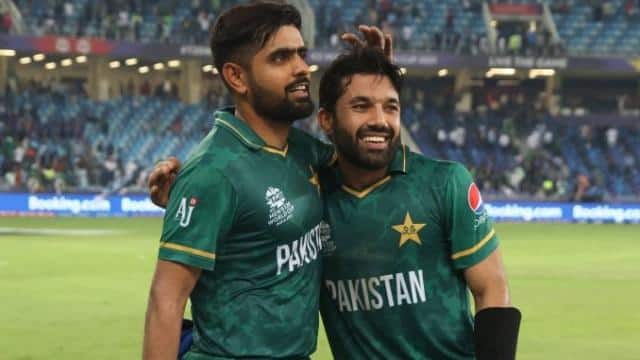 Why is Pakistan dependent on India?

The reason why Pakistan is dependent on India is because Team India has to play only two out of the next three matches against South Africa and Zimbabwe. If Team India wins both these matches, then not only will India enter the semi-finals but will also surprise Pakistan's path a bit. After this Pakistan will pray that both these teams lose 1-1 match more. However, for this, Pakistan will first have to win its remaining three matches. Let us tell you, Pakistan has to play one of these three matches against South Africa as well.

Talking about the schedule of South Africa, this team has to play the third match against India, Pakistan and the Netherlands. If Temba Bavuma's team wins any two matches then it can enter the semi-finals. Talking about Zimbabwe, apart from India, they have to play two other matches against Bangladesh and Netherlands.

Pakistan will have to improve the figures

If Pakistan wants to win the next three matches then they need to improve their embarrassing record. Actually, Pakistan's record in T20 cricket in Australia has been very poor. In Australia, Pakistan has played a total of 6 T20Is in which they have lost 5, while 1 match did not result. In such a situation, Pakistan will have to play a different level of cricket to score a hat-trick of victory here.