On Sunday, in front of a largely filled MCG stadium against Zimbabwe, Suryakumar Yadav did what Suryakumar Yadav does: hammer runs to all parts of the ground and left in style leaving fans in the arena and watching him with their jaws on the floor.

The most in-form T20 batsman currently, Suryakumar Yadav, once again mesmerized the world with his range of shots and the timing he possesses. And of course, the incredible form he’s in. 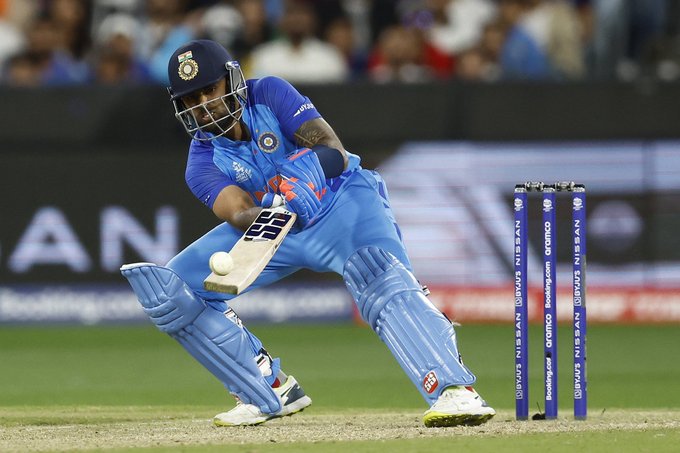 Renowned commentator Harsha Bhogle has seen everything in the game and has covered cricket for three decades. However, even Bhogle has been left astounded by Suryakumar Yadav’s belligerent form, and not his form, but the ways he collects his run at a rapid rate, his shots, and the perfect execution of it.

Bhogle took to Twitter to express his amazement at Suryakumar Yadav’s surreal touch.

“In recent years, few people have had me stopping whatever I am doing to watch one player bat. @surya_14kumar does that to you. #JawDropping,” Harsha Bhogle tweeted.

In recent years, few people have had me stopping whatever I am doing to watch one player bat. @surya_14kumar does that to you. #JawDropping

In all, Suryakumar Yadav whacked 6 fours and 4 sixes, but none looked to be hit in disdain. Instead, he maneuvered through the field, hit the gaps whether between the fielders or over them, and largely used the pace of the bowlers to hit boundaries behind the square.