T20 World Cup 2022: IND vs ZIM: Rohit Sharma Is Getting Mercilessly Trolled After Yet Again Failure

T20 World Cup 2022: IND vs ZIM: Rohit Sharma Is Getting Mercilessly Trolled After Yet Again Failure

Former India bowler Dodda Ganesh created quite a stir on Twitter when he addressed Rohit Sharma’s consistency and runs issues while also using “elephant” in his tweet.

The Indian captain Rohit Sharma got out for another cheap score when he was dismissed for 15 runs off 13 balls in India’s last group game against Zimbabwe on Sunday in Melbourne. Sharma had started off his innings swiftly with a couple of boundaries, one each off Tendai Chatara and Blessing Muzarabani, but Blessing Muzarabani had the last laugh.

And once again, and once again, quite surprisingly, Rohit’s downfall was brought by a short ball. Rohit is known for his exquisite pull and hook shots and for playing the short ball very well, however, over the past couple of years, fast bowlers have been getting him out via the short balls.

After cutting Muzarabani for a boundary, Rohit pulled a short ball, but couldn’t keep it down and couldn’t hit it over the fence and the ball went straight into the hands of the deep square leg fielder who didn’t have to move an inch. 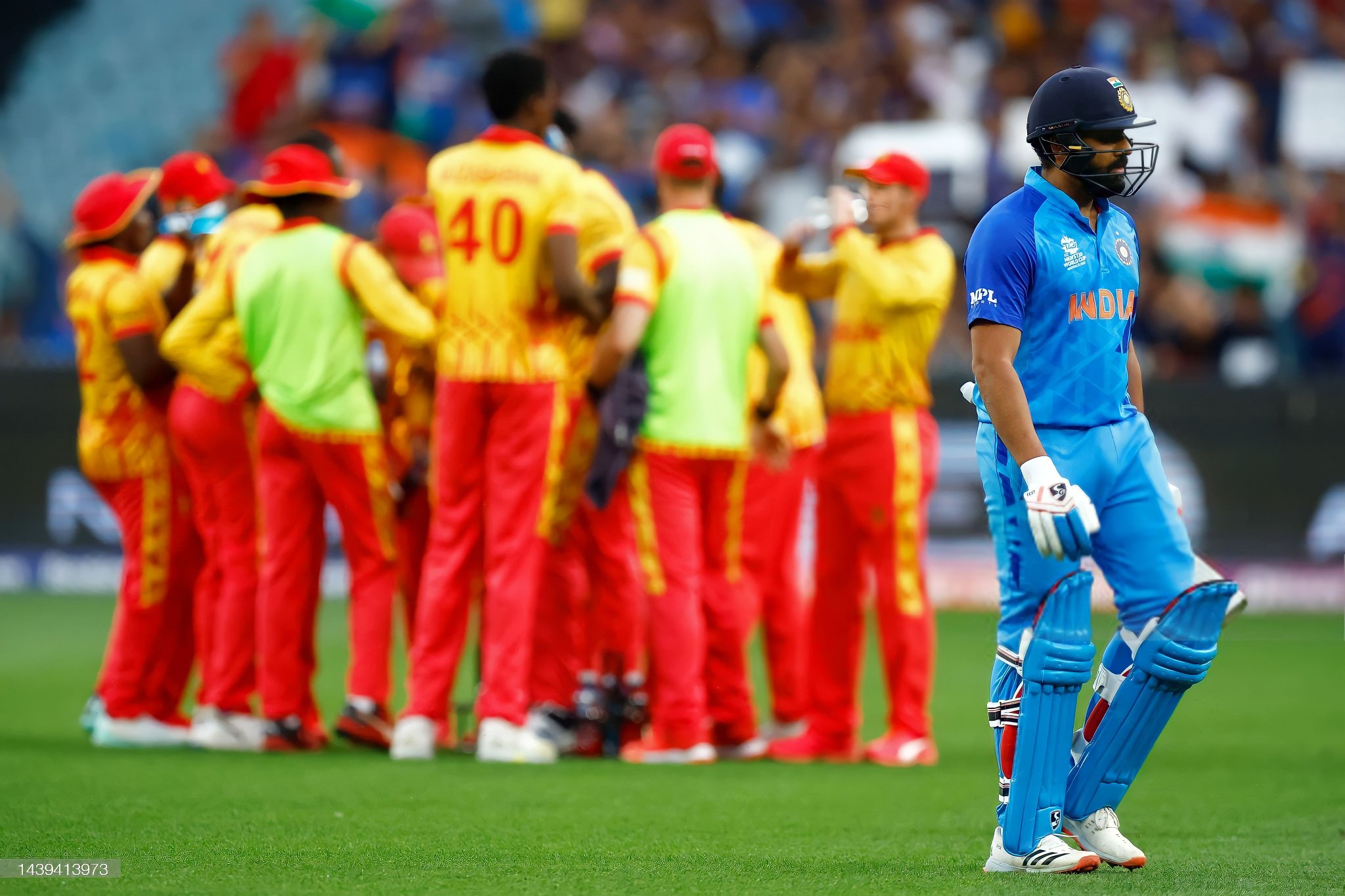 Sharma finishes the group stage with only 89 runs in 5 innings at a strike rate of 109. He had started the tournament off with 4 runs off 7 balls against Pakistan, before hitting a fifty vs the Netherlands. However, Sharma then played consecutive poor innings - 15 runs off 14 balls vs South Africa followed by 2 off 8 vs Bangladesh. And now this cheap score vs Zimbabwe has raised plenty of questions.

Dodda Ganesh, though, perhaps could have worded his worry in a better way, knowing that Rohit Sharma has often been trolled by fans for his weight and his body size.

“When will the Indian think tank address the real elephant in the room? #T20WorldCup #RohitSharma,” Dodda Ganesh tweeted.

When will the Indian think tank address the real elephant in the room? #T20WorldCup #RohitSharma𓃵