Glenn Phillips became only the second New Zealand batsman to hit a century in the T20 World Cup when he played a terrific knock of 104 runs off 64 balls against Sri Lanka in Sydney. This was Phillips' second T20I century in 44 innings.

New Zealand found themselves in early trouble at 16/3. But Glenn Phillips took the charge and first did the rebuilding job along with Daryl Mitchell, who scored 22 runs off 24 balls before Phillips teed off in the second half of the innings. Overall, the right-hander smashed 10 fours and 4 sixes and scored 104 runs out of the total of 167 that New Zealand put on the board.

Here are some interesting facts about Glenn Phillips:

Glenn Phillips was born in Eastern Cape, South Africa, in 1996. He moved to New Zealand with his family at the age of 5 and started his cricket career as a top-order wicket-keeper batsman in Auckland.

Phillips made his List-A debut for Auckland at the age of 18 and featured in the 2016 under-19 World Cup for New Zealand.

It was during the 2016-17 Super Smash season that Phillips made big noises in the domestic circuit when he finished as the tournament’s leading scorer with 369 runs, including a blistering knock of 116 runs off 57 balls. 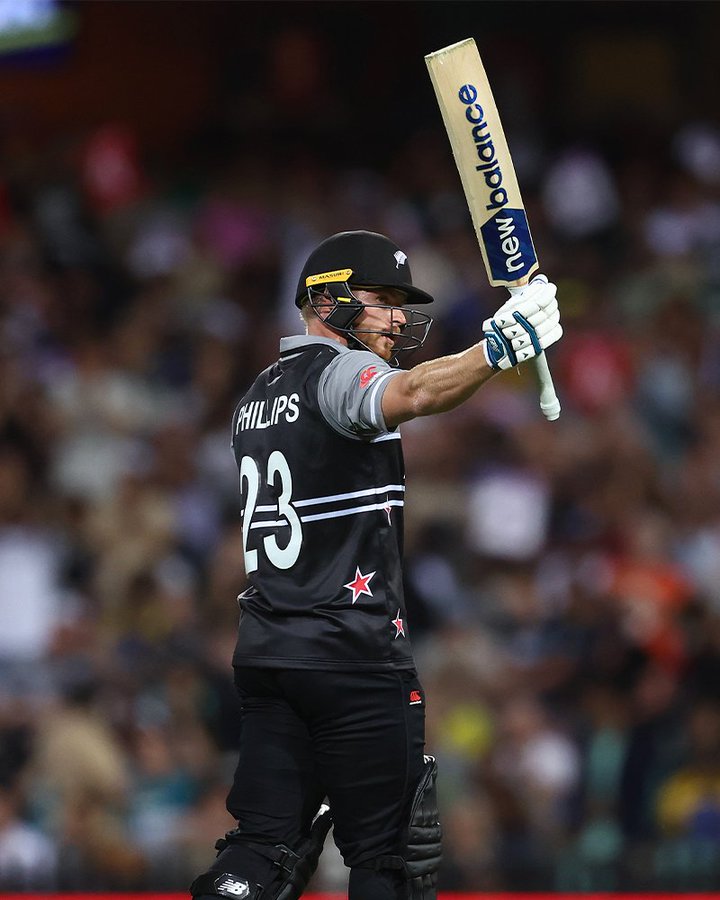 Soon in 2017, he was given his maiden national call-up as an injury replacement for Martin Guptill for the 2017 T20I series against South Africa and made his debut in that series, and has so far played in 51 T20Is. He has played one Test - in 2020, vs Australia in Sydney, and has featured in 6 ODIs, all in 2022.

Phillips’ name has been going around in the T20 world. He’s played in the CPL for Barbados Royals and Jamaica Tallawahs, in the IPL for Sunrisers Hyderabad and Rajasthan Royals, and for Welsh Fire in The Hundred.

Phillips is a muscular man, and is built strongly; he’s known to work hard for hours in the gym.

Glenn Phillips’ younger brother, Dale, was part of the 2018 under-19 World Cup squad.