T20 World Cup 2022: Rahul Dravid Revealed Why SKY Is No.1 Batter In The World

T20 World Cup 2022: Rahul Dravid Revealed Why SKY Is No.1 Batter In The World

India head coach Rahul Dravid hailed the brilliance of star Indian batter Suryakumar Yadav, who has now become the No.1 T20 batter in the world. Suryakumar Yadav once again came to India's rescue as he played a blistering knock of 61* off 25 balls to help the Indian cricket team register a win against  Zimbabwe by 71 runs in the T20 World Cup 2022 Super 12 match at the Melbourne Cricket Ground (MCG) on Sunday. He was named the Player of the Match for his fiery knock that was laced with 6 fours and 4 sixes.

SKY has been on a roll in the ongoing T20 World Cup 2022 as he has impressed one and all with his consistent performances. The 32-year-old has hammered 225 runs in five matches at an average of 75 and a strike rate of 193.97. The batter’s heroics ensured Team India topped the points table in Group 2, registering their 4th game in the Super 12 round. 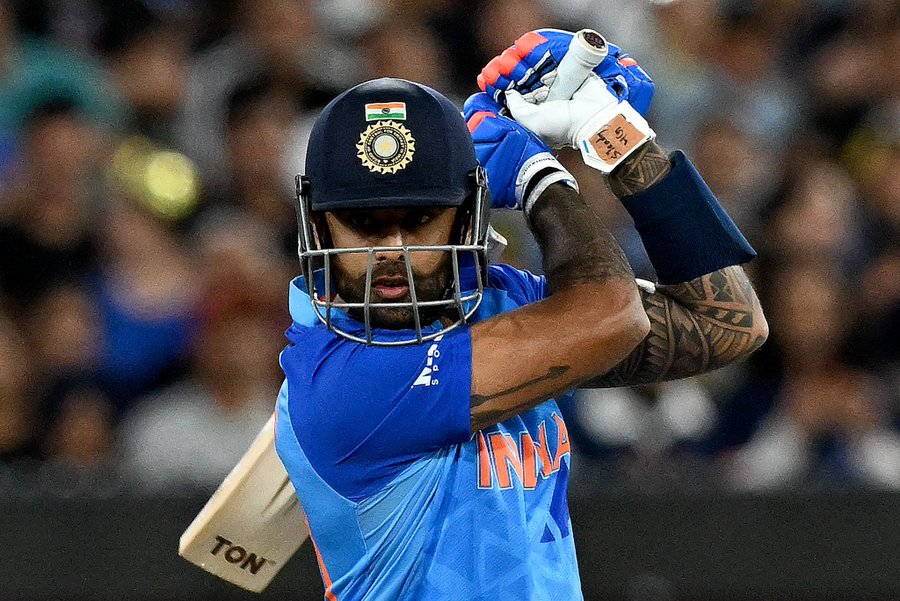 Meanwhile, at the post-match conference, Rahul Dravid was asked for his thoughts on Suryakumar’s consistency. Responding to this, Dravid opined that SKY is reaping the rewards for all the hard work that he has put in over the years, both on and off the cricket field. He said:

“That’s why he is the No.1 T20I batter in the world at the moment because of that consistency in a format where scoring at a strike-rate that he does. It’s not easy to be consistent with the strike-rate he is scoring at. It’s been fantastic just the way he has been playing,”

Furthermore, Dravid talked about how SKY is clear in his processes and tactics. He said: “He has been very clear in his processes, his tactics and I think he has worked very hard. One of the things about Surya is the amount of hard work he has put in the nets, thinking about his game and fitness. If I look at Surya from a couple of years ago just to see how he takes care of his body and the amount of time he spends on his fitness, he is earning the rewards for the hard work on and off the field.”

He added: “He is just a joy to watch and it’s a pleasure to watch him bat when he is in that kind of form. He puts on a show without a doubt,”