Indian skipper Rohit Sharma was all praises for Indian batting superstar Virat Kohli after the Indian side defeated Bangladesh in a thrilling contest at the T20 World Cup 2022 on Wednesday.

Extending his amazing run in the ongoing T20 World Cup 2022, Virat Kohli registered another crucial performance for the Indian cricket team, to help the side upstage the Shakib Al Hasan-led side in their Super 12 fixture of the T20 World Cup at the Adelaide Oval.

Former Indian skipper Virat broke number of records in  entertaining knock against Bangladesh at the Adelaide Oval. He remained unbeaten on 64 runs off 44 balls as Rohit-led Indian cricket team registered their 3rd win in the Super 12 stage of the T20 World Cup. With a third half-century in the series, Kohli has taken his run tally to 220 runs, making him the leading run-scorer of the ongoing T20 World Cup 2022. So far, Virat has registered scores of 82*(53), 62*(44), 12(11), 64*(44) off the four games he has played in the ongoing marquee tournament. This is the best the world has seen Kohli bat in a long time. 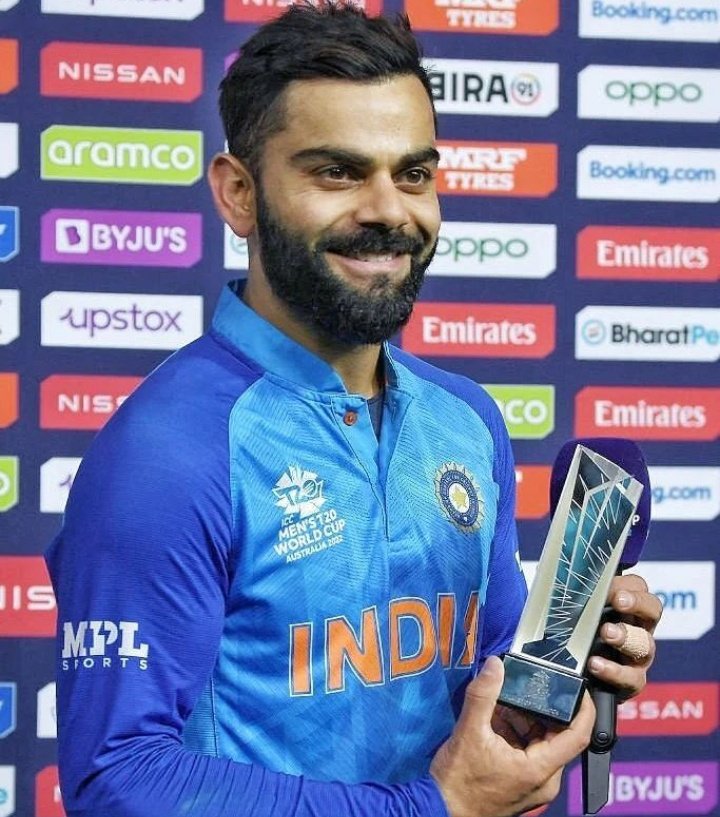 He overtook Sri Lanka's Mahela Jayawardene and then continued his love affair with Australia and the Adelaide Oval as he shattered the record of Sachin Tendulkar for being the Indian batter with most run down under.

Meanwhile, after India's impressive win over Bangladesh, speaking to Harsha Bhogle, Rohit hailed Virat Kohli, who was  named the Player of the Match. He said: “In my opinion he was always there, it was a matter of few innings here and there, he got it in the Asia Cup. We never had any doubts and the way he has been batting in this World Cup has been tremendous and he is really doing it for us (on Kohli),” Rohit said after the match.