Pakistan have stormed into the final of the T20 World Cup 2022 by defeating New Zealand by 7 wickets on Wednesday in Sydney. They will play the final on Sunday, at the MCG against the winner of the second semi-final, slated for Thursday in Adelaide between India and England.

Pakistan had a very low chance of reaching the semis following their losses to India and Zimbabwe, but with victories over the Netherlands, South Africa, and Bangladesh, and South Africa’s shocking loss to the Netherlands, Babar Azam’s men found a lifeline and they have grabbed the opportunity with both hands.

Even Babar and Rizwan are back to their best, as showcased in their match-winning partnership vs the Black Caps.

Chasing 153, the duo attacked aggressively in the powerplay, posting a 55/0 after the first six overs, much better compared to New Zealand’s 38/2 score in the powerplay. Babar and Rizwan’s 105-run opening partnership in 12.4 overs virtually sealed the game for the Men In Green before Mohammad Haris whacked 30 runs to kill any hopes of a New Zealand comeback. 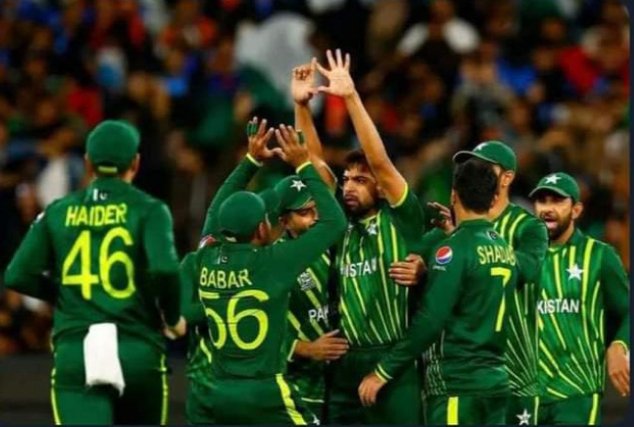 From having a very low chance of qualification to the semi-final after losses to India and Zimbabwe, Pakistan are now just one victory away from lifting the T20 World Cup 2022 trophy, making this simply a stunning story of the tournament.

Amid this, Pakistani cricket fans and Pakistani journalists have been posting incessantly on social media. Irfan Pathan made a polite request to them. While they can celebrate their team’s victory and qualification to the final, Pathan reckoned they should not forget to be graceful in their celebration.

Mohammad Rizwan, who scored 57 runs off 43 balls, was named the Player of the Match for his attacking innings, especially in the powerplay as Pakistan raced to 55/0 in the powerplay and 87/0 after 10 overs with first Rizwan taking on the Kiwi bowlers before Babar joined in.

“Luckily, the fifty was in the semifinal. Babar and I were struggling but we worked hard and believed. We kept fighting. When we crossed the boundary line, we decided to take the attack to the new ball bowlers. When we finished the powerplay, we knew one of us had to bat deep as it was a tricky pitch. Our start (to the tournament) wasn’t good, but the guys kept believing,” Rizwan said.