The T20 World Cup has been in full swing and we have seen a combination of some strong and flop displays. A few batters have punched heroically above their weight while others have struggled to hit the right set of chords.

A few who were expected to bring the storm to the tournament have done that in fine colors while there have been a few unexpected names who have shined brighter than their more glistening counterparts. Here is the combined eleven of the strongest players in the 2022 T20 World Cup.

QDK has so far been in brilliant touch and the kind of onslaught that he has brough to the platter deserves a very special mention. He has been South Africa’s trump card in the top-order so far with 111 runs from 3 games at an average of 55 and a strike rate of 188.

Aaron Finch was criticized for his slow innings against Sri Lanka but he has made up for it in stunning fashion, garnering 107 runs from 3 matches at a fine average of 53.50 with 63 being his best so far.

Virat Kohli has been in stunning shape so far throughout the tournament. Except for the contest against South Africa, he has scored three half-centuries in the tournament, also racking up the feat of being the highest scorer in the T20 World Cup, surging past Mahela Jayawardene. He is also the leading run-scorer of the current T20 World Cup with 220 runs.

Suryakumar Yadav failed to fire in the opener but he has already proven to be a crucial asset to Team India and continues to deliver telling blows one after the other as he has already surged up to a staggering 164 at an average of 54 and a strike rate of 180.21.

Rilee Rossouw hammered a well-constructed century to usher South Africa past Bangladesh and couldn’t get a chance after that as India buckled him up early. However, he has been pretty comfortable in the ongoing T20 World Cup, middling the ball deftly and in style.

Marcus Stoinis has been reigning supreme as he has already brought out his true destructive nature, hammering the bowlers to various corners of the park. He has scored 101 runs at a strike rate of 177.19 and continues to be a major force in the Australian line-up.

Glenn Phillips has been in staggering form for New Zealand as he has smashed an incredible century already and has racked up 178 runs so far from the tournament as New Zealand sails ahead comfortably. He has so far been in fine touch and would be a big name to watch out for as the world reels in his torment. 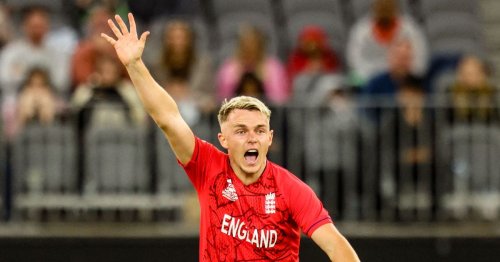 Hasaranga has punched heroically above his weight as he continues to deliver in impeccable colors, leading the Lankan charge from the front. He has so far claimed 13 wickets at an economy rate of 6.51. He has registered the best figures of 3 for 8 so far.

Taskin Ahmed just gave a glimpse of how good he has been against India even though he couldn’t claim a single wicket. So far he has managed to bag 8 scalps and continues to deliver at a fine economy rate of 7 runs per over.

Arshdeep Singh has delivered the goods for India in the powerplay claiming crucial wickets and is also the leading wicket-taker for the Men in Blue with 7 wickets at an economy rate of 8.15. However, the early blows delivered by him have proven to be a game-changer for Team India.

Sam Curran has been absolutely exceptional in the ongoing T20 World Cup and has made terrific use of the early bounce and movement. He has claimed 9 wickets so far and continues to be a driving force in the heart of the English attack.