India head coach Rahul Dravid burst into laughter in his press conference on Tuesday when he heard chief selector Chetan Sharma’s comment that “We will win the World Cup” when the BCCI chief selector was queried on the debate around Dinesh Karthik and Rishabh Pant.

Dinesh Karthik might miss India’s next game against Bangladesh as he suffered a back injury while fielding against South Africa in Perth. After defeating India by 5 wickets, South Africa are now unbeaten with 5 points in 3 matches and moved to the top of the Group 2 points table.

Rishabh Pant would replace Karthik if the latter is not fit, although Karthik’s two outings so far - 1(2) and 6(15) - might also prompt India to drop him.

Chief selector Chetan Sharma announced India’s squads for New Zealand and Bangladesh tours after the T20 WC in a press conference where he was asked about the Karthik-Pant debate.

Chetan played down the issue saying that he wouldn’t comment on anything with the T20 WC still going on, and that he confidently said India will win the World Cup!

“Tournament k andar selection committee ko koi comment nahi karna chahie. (I shouldn’t comment on selection during a tournament) That is the call of the captain, coach and team management. After the World Cup, when we sit and discuss, I will definitely comment on that. It will be wrong for me to say anything in the middle of the tournament. I’m with the team. I’m watching. We are performing brilliantly and we will win the World Cup,” said Sharma in a press conference. 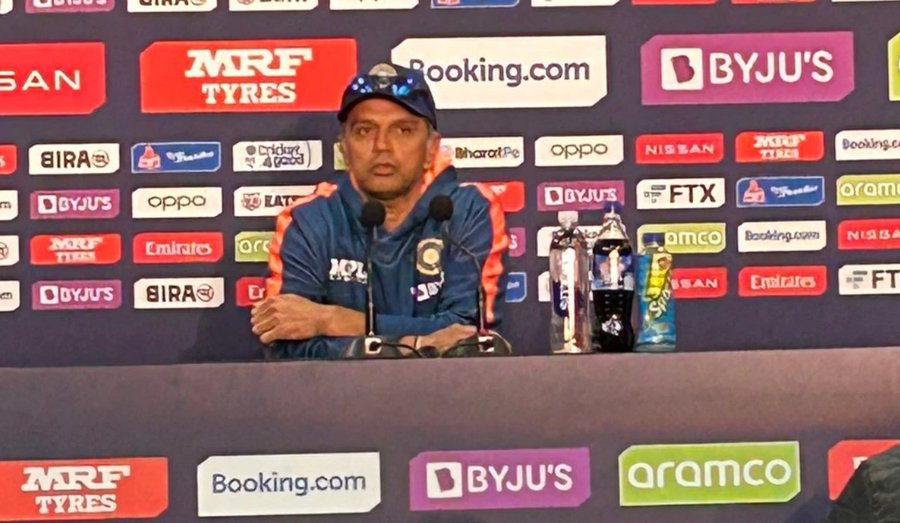 In the press conference in Adelaide, Rahul Dravid was told about Chetan Sharma’s comment. On hearing this, the former India skipper burst into laughter.

Dravid said: “I haven’t heard what he said but I’m glad that he’s confident. We need to play well to win the World Cup. We’ve started well. A little bit of a disappointing game in Perth (vs South Africa). We fought really well. A little bit of luck here and there (things could have been different. We’ve made a few mistakes as well. It’s really a question of winning the next four games to win the World Cup.”