Virat Kohli, who had replaced the legendary MS Dhoni as Test captain in early 2015, captained team India in a record-breaking 68 Tests. During his captaincy stint of 7 years, Kohli led the Indian cricket team to the number 1 position in the ICC rankings. 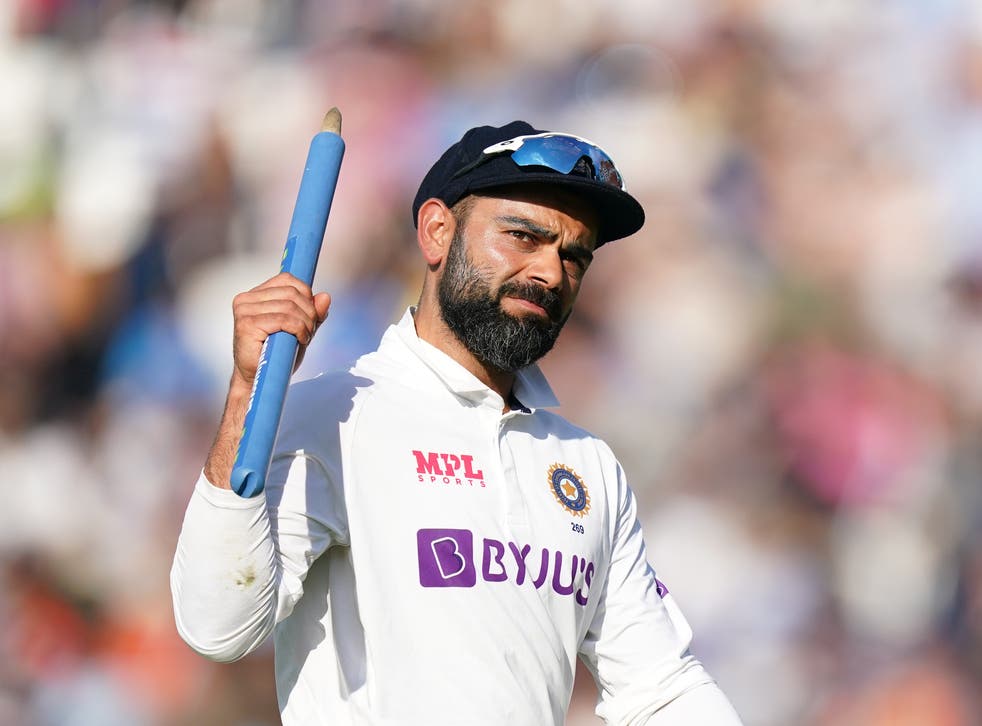 Having won 40 out of 68 Test matches, Virat Kohli is the most successful captain to have led the Indian cricket team in the red-ball format. Virat is also the fourth -most successful Test captain in the history of Test cricket. Apart from him, the captains who have won more Tests in international cricket are Steve Waugh (41 Test wins), Ricky Ponting (48 Test wins), and Graeme Smith (53 Test wins).

Virat Kohli’s resignation as the Test captain came out as a huge shocker to the cricket fraternity and the fans, given his legacy and contribution to the Test format. Social media has been buzzing with tributes and heartfelt posts ever since he announced the big decision. From cricketers, experts to fans, everyone is hailing the brilliance of Virat Kohli and are pouring their emotions out on social media.

Meanwhile, here, in this article, we bring you the 10 best tweets and posts on Virat Kohli’s resignation as Test captain. Here, have a look:

Congratulations on a successful stint as a captain, @imVkohli.

You always gave 100% for the team and you always will. Wishing you all the very best for the future. pic.twitter.com/CqOWtx2mQ7

Congratulations @imVkohli on a stunning run as the Indian captain. You can be very proud of what you have achieved so far, and for sure, your name will be up there among the best leaders in world cricket ? https://t.co/DieCKL4bhE

@imVkohli brother for me u are a true leader of upcoming generation in cricket because u are inspiration for young Cricketers. keep rocking on and of the field. pic.twitter.com/0ayJoaCC3k

@imVkohli created Habits which turned into a culture. With courage,character passion & aggression, You led this indian Test cricket team to great heights. Today's decision is a shocker!!
Wishing you all the very best for the rest of your international career. #No1forever ?? pic.twitter.com/NhcdsQOfwY

Wow…to say I am surprised would be lying, however it will be strange not seeing Virat captaining. Though everyone’s time must come to end, as they say. Thank you driving the global game through your leadership especially in the Test arena ?? https://t.co/ZsIZ4NNbYM

Didn’t see this coming…The most successful Indian test captain ever, says it all. He played with aggression & always went for the win. I’m waiting to see the King back in all whites dominating with his bat. Thankyou captain! #ViratKohli

Indian cricket used to be ok losing a test series overseas, but Virat Kohli showed that losing one now is not ok… That is the measure of Indian cricket's rise! Kohli showed true leadership by being accountable for the team's performances. Captains can learn from him!

Heavy is the head that wears the ? #kingkohli

He's taken test cricket to greater heights not only for Team India but also for this format in general.

Plz tell me we will miss this last second DRS referrals too ??? pic.twitter.com/3R4E13JPOk

There are highs, there are lows but what never changed was his hunger to win and the aggressive approach which made #TeamIndia achieve wonders.
Thank you and all the best @imVkohli. pic.twitter.com/1jcXkSHBGt

Congratulations, Virat, on a stellar stint as Test captain. In an era dominated by white-ball cricket, it's great to see how passionate you are about the longest format. You have led by example, played the game with great intensity & valued preparation in pursuit of excellence? pic.twitter.com/8nnJF9Njug