10 Best Tweets On MS Dhoni&rsquo;s Vintage Finish To Knock SRH Out Of IPL 2021

And to top it off with a cherry, CSK entered the playoffs in a ‘Mahi-way’. MS Dhoni smashed a huge six to finish the game and to take his team to the playoffs. The 135-run chase that initially looked like a cakewalk for the CSK batting line-up, had become tricky in the end but Dhoni got his team home safely in the final over by defeating Kane Williamson-led Sunrisers Hyderabad (SRH), who got knocked off the tournament.

Earlier, the Sunrisers Hyderabad (SRH) could only score 134-7 in their 20 overs. Though the pitch was good for stroke-making, but the SRH batting just didn’t turn up. Wriddhiman Saha was the top scorer with 44 runs however even he scored runs at a slow rate. The CSK bowlers were very impressed with their smart changes of the pace, with Josh Hazlewood and Dwayne Bravo doing impeccable work.

Abdul Samad and Abhishek Sharma, two youngsters, joined hands in the middle and added 35 runs in just 24 balls, however, Hazlewood snaffled both the batsmen to end his terrific spell with the figures of 3/24. SRH’s star all-rounder Rashid Khan scored an unbeaten 17 off 13 balls helping his team somehow reach the total of 134 runs.

Later, the chase of 135 runs was never going to trouble CSK with their batsmen in amazing form. CSK openers Ruturaj Gaikwad and Faf du Plessis gave a flying start to the team. Though they started slowly by scoring only 12 runs off the first three overs but they soon gained pace and soon they crossed the 50-run mark in the usual pace in the 7th over.

The 75-run partnership was broken in the 11th over of the innings with Gaikwad being caught by Kane Williamson at mid-off. Moeen Ali and Du Plessis continued to bat at a similar pace. Suresh Raina couldn’t contribute with the bat. 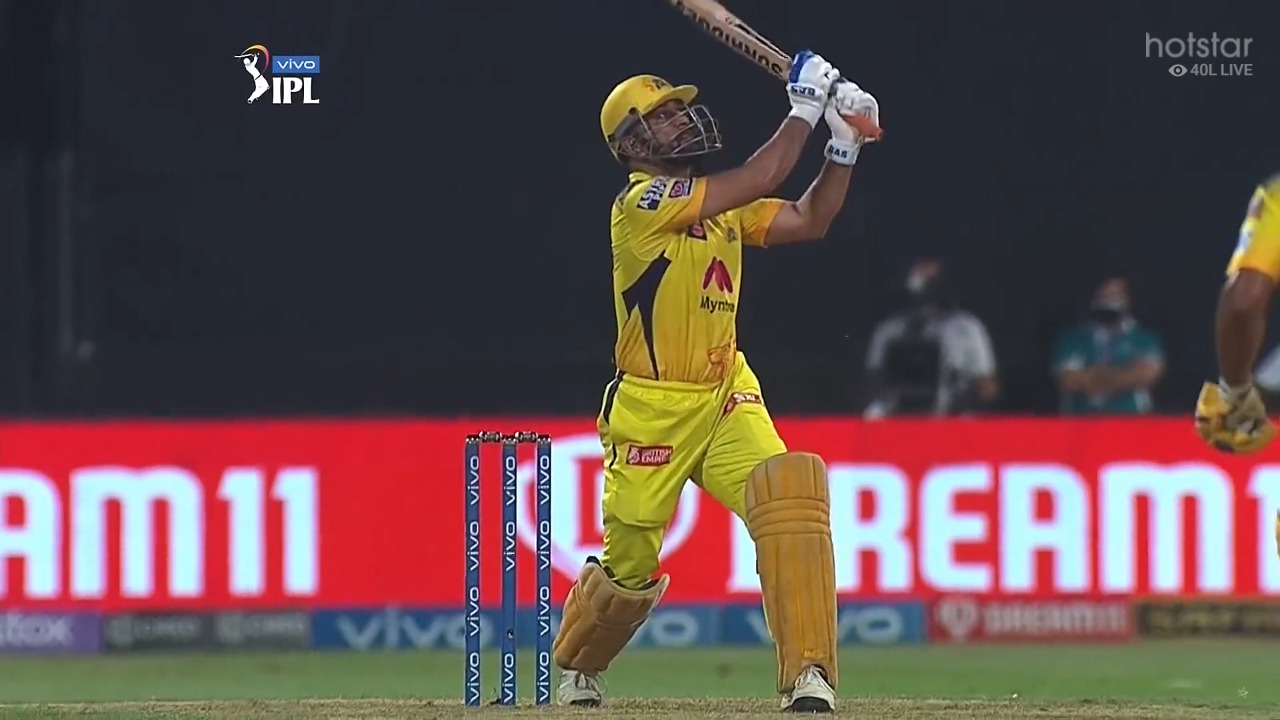 With Ambati Rayudu and MS Dhoni in the middle, CSK needed 22 runs off the last three overs. Bhuvi was given the responsibility to bowl the penultimate over, however, he failed to restrict the fired-up batsmen.

Dhoni then smacked one for four as CSK was left to get only three runs off the last over. And eventually, Dhoni smashed a winning six to take his team to the playoffs.

Meanwhile, fans were left in awe of the vintage style of MS Dhoni and soon social media was flooded with amazing reactions from the fans.

A six from MS Dhoni to finish the game, we are seen this for almost two decades. The Mahi way. pic.twitter.com/aPpsx5PO98

End with a sixer on this movie's anniversary day ? pic.twitter.com/S7E6goMmch

That six by MSD send srh out of the tournament

DHONI FINISHES OFF IN STYLE

Dhoni finishing games with a six. Nature is healing. ???

Dhoni and a six to finish. The story isn't over yet…..

Happiness is @MSDhoni finishing with a Six ???? pic.twitter.com/wrvijbMbVP