Rahul Tripathi has been one of the most consistent and impact performers in the Indian Premier League. Over the years, he has done amazingly well while playing for the Rising Pune SuperGiants (RPSG), Kolkata Knight Riders (KKR), and Sunrisers Hyderabad (SRH), which is his current franchise.

Tripathi made his debut for the Indian cricket team in the second T20I match of the ongoing series against Sri Lanka and that too on his home ground in Pune. While he couldn't make it big in his debut match, but on Saturday, playing his 2nd T20I match for India, Rahul didn't take long to show why is hailed as a priceless player in the shortest format of the game. 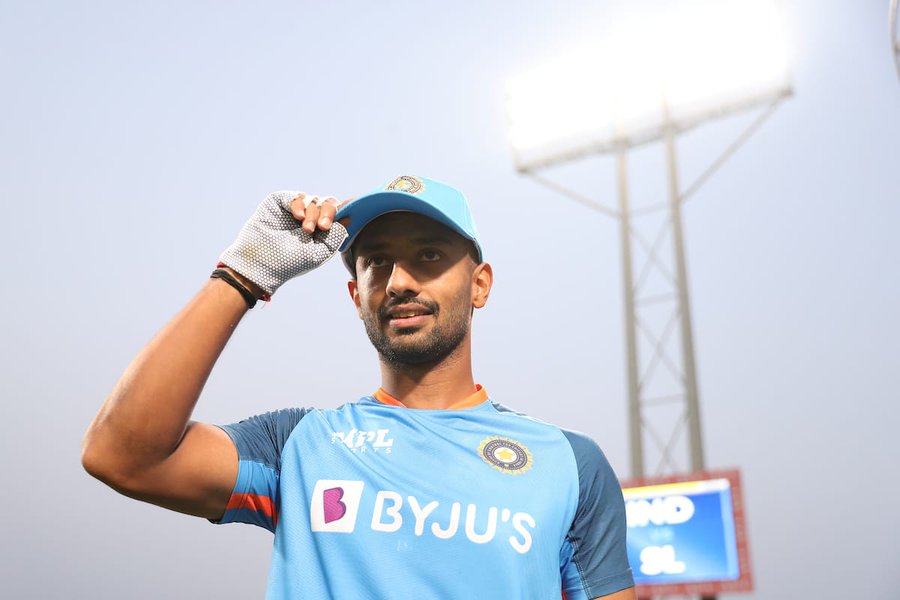 Rahul Tripathi walked out to bat at number 3 with all-guns-blazing and showed no signs of nerves in the series decider at the Saurashtra Cricket Stadium in Rajkot. He helped the Indian cricket team make a stunning start with his amazing cameo of 35 in just 16 balls. His knock was special as he walked out to bat after Ishan Kishan's first-over dismissal and Shubman Gill's extremely slow strike rate in the first 10 overs. Tripathi's short cameo of 16 balls was laced with 5 fours and 2 sixes.

Meanwhile, social media has been buzzing with amazing reactions from the fans, who are hailing Tripathi for his stunning performance. Cricket overs labeled him as a 'selfless' player who played for the team's interests.

Check out the best reactions from the fans:

Though it was just a 16 ball innings, Rahul Tripathi showed a great and much needed intent in the Powerplay! pic.twitter.com/6QPS3R1EKW

What an entertaining cameo by Rahul Tripathi! I hope he continues to be a part of India’s T20I team. This guy deserves it and could be India’s go-to batter in the shortest format. #INDvSL

Reaction of Rahul Tripathi when he got out - He was so disappointed and angry. pic.twitter.com/qEerzhLDEk

Well played Rahul Tripathi. Amazing cameo. The intent, the aggression, everything that is needed for T20👏

Give Rahul Tripathi the next 10 games, just for his intent..not worried about playing for his spot, just playing the ball as he sees it. He may fail a few times, but this is exactly what’s needed for this largely conservative side #INDvSL

Rahul Tripathi has so much Dinesh Karthik energy.