Rohit Sharma and Shubman Gill are on a roll. Ever since combining up as an opening pair, at the start of the year 2023 against Sri Lanka, the two right-handers have changed the view of the Indian ODI top-order in just 6 outings.

There are, of course, the more high-pressure and tougher opponents that they are yet to face than the timid Sri Lankan attack and the New Zealand attack lacking Boult, Southee, and Sodhi. But, hey, the Indian fans have enjoyed the partnerships and knocks from Rohit and Gill.

While Rohit has gone about his new attacking, intentful way, he has allowed Gill to settle down and rack up hundreds and double hundreds.

In the third ODI against New Zealand, at Indore, on Tuesday, the pair once again put up an entertaining show with a century-opening partnership. Both Rohit and Gill were in tremendous touch throughout their innings and barely gave a chance to the New Zealanders. 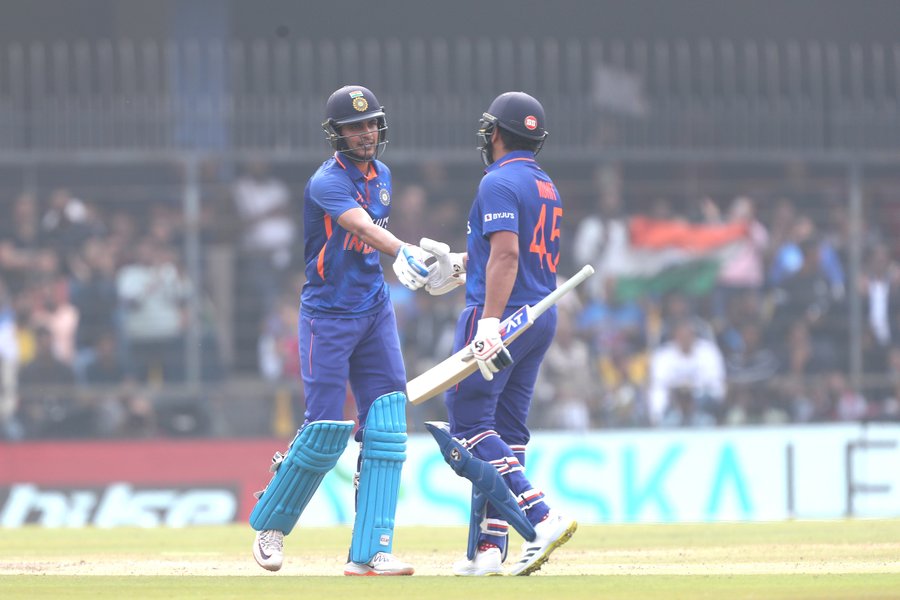 This rapid start from the two right-handers was filled with attractive strokeply, making the fans jump out of their seats with excitement everytime either of them middled the ball.

Two of those several shots stood out: both sixes - an extravagant fully-controlled pull shot from Gill and a delicious, jaw-dropping straight hit from Rohit Sharma. Both the hits landed over the boundary line and send shivers down the Kiwi bowlers who feared for the worst on this flat track and small ground in Indore.

The BCCI uploaded the video of these two shots as fans on social media too enjoyed it, and those who missed the live match.

Here are the two best sixes from Rohit Sharma and Shubman Gill from the 3rd ODI:

Earlier Tom Latham had won the toss and elected to field first. But perhaps he might be rueing his decision now.