3 Biggest Decisions Taken By The BCCI In Their Latest Meeting

The Board of Control for Cricket in India (BCCI) conducted an important meeting on Sunday, January 1st, in Mumbai. This was a review meeting of the senior Indian men’s team, where the members reviewed India’s performances and results in the year gone by, and have made big decisions for 2023.

There were some key points discussed in the meeting, including the injuries to players last year, workload management, and new fitness parameters, and the members also laid out the roadmap for the ODI World Cup at home.

Here are the big decisions taken at the BCCI meeting on January 1: 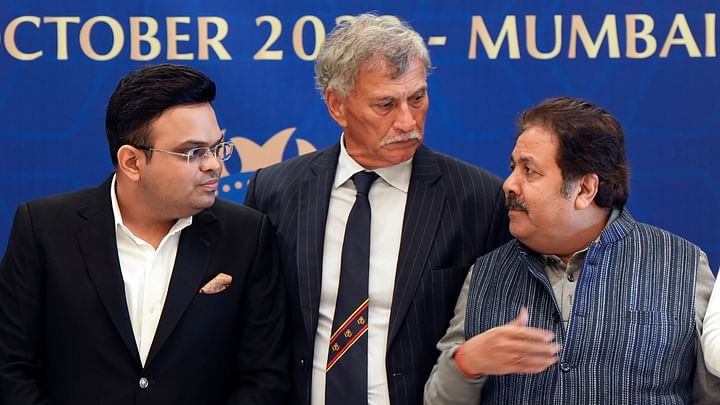 BCCI will work with IPL franchises for workload management

The NCA will work together with the IPL franchises to manage the workload of players part - or potentially - of the Indian national team.

This could also mean that the NCA may suggest the Indian players, especially those who have a history of recent injuries, to take a rest in some of the IPL matches!

“Keeping in mind the Men’s FTP and preparations for ICC CWC 2023, the NCA will work in tandem with the IPL Franchisee to monitor the targeted Indian players participating in the IPL 2023,” the BCCI release said.

India have important assignments after the IPL 2023 concludes: the WTC final starts just a week after the IPL 2023 ends, and India, currently second on the WTC points table, could reach the final if they beat Australia in the upcoming Test series. India will host the World Cup in October-November, and before that they will play in the Asia Cup.

ESPNcricinfo understands that the workload and injury management issues were discussed at length, especially after several key players missed a significant amount of cricket because of injuries in 2022.

What was more shocking and frustrating, was that a few players - Jadeja, Bumrah, Chahar - were declared fit by the NCA, but upon their return, they sustained the same injuries again.

Yo-Yo Test is back!

In order to keep detailed track of the players’ fitness, the BCCI has decided to bring back the Yo-Yo test, which was part of the Kohli-Shastri era but hadn’t been used with strictness during the Rohit-Dravid tenure. With this decision, the board has ensured that there will be no compromise on fitness from hereon.

“The Yo-Yo Test and Dexa will now be part of selection criteria and implemented in the customized roadmaps of the central pool of players,” the BCCI said.

Youngsters with domestic experience only will be picked

Another significant bid from the BCCI is that only players with decent domestic experience will enter the Indian team setup.

“The emerging players will have to play a substantial domestic season to be eligible for selection to the national team,” the BCCI said.

This means that young players who shine brightly in the IPL will also have to prove their mettle for a longer period in domestic cricket to get national callups. In the past, players like Natarajan and Chakravarthy have made India debuts after performing well in the IPL but had played little domestic cricket.

The selectors believe this would make the players be available for all formats, not prioritize one over the others, and ensure players are properly conditioned before entering the system.