Sanju Samson is a highly-rated Indian cricketer who has been in and out of the national team in recent years. There are a number of reasons why he has not been consistently picked in India's playing XI, including competition for spots, form, and fitness.

One of the main reasons for Samson's lack of consistent selection is the competition for spots in the Indian team. India has a wealth of talent in the middle-order and wicket-keeping positions, which Samson plays in. Players such as Virat Kohli, Rohit Sharma, and Shikhar Dhawan are all established stars in the Indian team and are almost certain to be picked in the playing XI. Additionally, players such as Rishabh Pant and KL Rahul have also been in good form and have been preferred over Samson in recent times.

Another reason for Samson's lack of consistent selection is his form. While he has had some good performances in domestic cricket, he has not been able to consistently replicate that form at the international level. He has had a few good innings but also had a lot of low scores and that has resulted in him being dropped from the team.

Fitness is also an issue that has hampered Samson's international career. He has had a few injuries in recent years which have kept him out of the team for long periods of time. As a result, he has not been able to establish himself in the team and has struggled to hold down a regular spot. 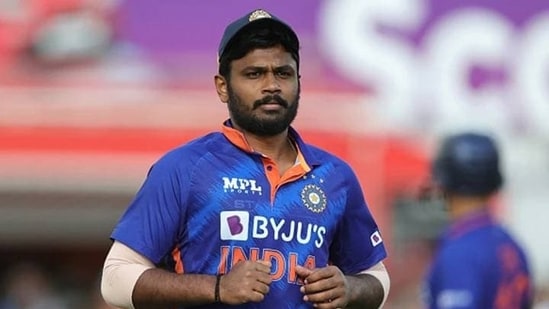 Despite these challenges, it is important to note that Sanju Samson is still a young player with a lot of potential. He has already shown that he can perform at the highest level and has been included in the national team in the past. With more consistent performances and better fitness, he could still establish himself as a regular member of the Indian team.

In conclusion, Sanju Samson has not been consistently picked in India's playing XI due to competition for spots, lack of form, and fitness issues. However, he is still a young player with a lot of potential, and with more consistent performances and better fitness, he could still establish himself as a regular member of the Indian team.