India crashed out in the semi-finals of the T20 World Cup 2022 as England openers Jos Buttler and Alex Hales walloped 170 unbeaten runs in 16 overs to record one of the most dominating wins in T20 WC knockouts, sending India packing home.

This further raised questions about the captaincy of Rohit Sharma. India had escaped with victories from the jaws of defeats against Pakistan and Bangladesh too in the Super 12.

35-year-old Rohit Sharma is unlikely to be part of the side in the 2024 T20 WC; at the moment, his place in the T20I side is also under scanner given his poor form in the tournament - an average of 19 and strike rate of 106 - plus his fitness struggles are clearly visible.

In that case, the selectors should soon zero down on the plan for the future, and that should start by appointing a new T20I skipper.

Here are the 3 leading candidates who could replace Rohit Sharma as India’s new T20I skipper:

Because of being India’s designated vice-captain, KL Rahul is currently the incumbent to take over the captaincy job whenever Rohit Sharma steps down or is sacked. However, KL Rahul’s captaincy hasn’t got many fans. He led Punjab Kings in two seasons without a top-four finish. In a new franchise, Rahul captained Lucknow Super Giants to the playoffs but were knocked out in the Eliminator.

His India captaincy stint also hasn’t been much successful: under KL Rahul’s captaincy, India lost the Johannesburg Test before being white-washed 3-0 in ODIs in South Africa.

Further, Rahul is believed to be timid as a T20 batter and captain; he has lacked the fearlessness and instincts to take bold, risky decisions as the likes of Rohit Sharma or Hardik Pandya. Also, being a crucial part of the Test team too means that KL Rahul’s workload management would be necessary, this factor doesn’t go in his favor when the selectors think about choosing Rohit’s successor. 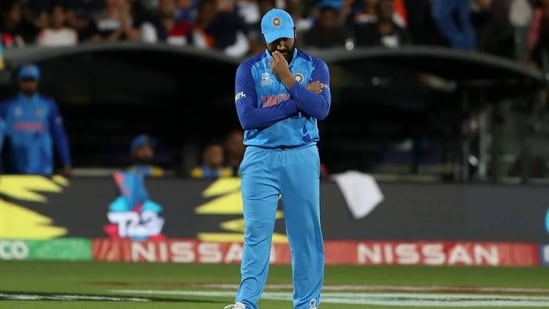 Hardik Pandya is currently the fan-favorite for India’s captaincy job. Even several former cricketers believe that Pandya should be the next T20I skipper after Sharma, having seen Pandya’s maturity and success, and calmness in making decisions amid pressure situations during his captaincy stint while leading Gujarat Titans to the IPL 2022 trophy while captaining for the first time in the IPL.

Hardik is a sure starter in India’s XI and since he doesn’t play Tests anymore, he will be available for the T20Is as India builds toward the 2024 T20 WC.

So far, Pandya has 3 wins in 3 matches as India’s T20I captain this year, and will be leading the side in New Zealand later this month in the absence of Rohit and Rahul.

Rishabh Pant has recently been added into India’s leadership group. And he led the side to a 2-2 T20I series draw against South Africa at home in the absence of Sharma and Rahul. Pant is named as the vice-captain for the New Zealand tour.

The wicket-keeper has led the Delhi Capitals well in the last two IPL seasons; last year, DC reached the playoffs and had a top-two finish, but failed to reach the final, and this year they were one victory away from a top-four finish.

Pant is certainly on the selectors’ radar as a captaincy alternative, but currently, he is behind KL Rahul and Hardik Pandya in the pecking order.