With Jasprit Bumrah often rested or injured, the likes of Bhuvneshwar, Shami, Thakur, etc weren’t really able to break the top-order of the opposition teams as regularly as India would have wanted to. Even with Bumrah in the side, wickets in the first phase of the innings remained dried as the top-order batters made conscious efforts to safely play out Bumrah and score in the middle- and death overs, which was rendered an easier task given India’s spin duo of Chahal and Kuldeep had also lost their mojo.

Since 2022, though, there has been a wave of Mohammed Siraj in the ODI side. The seamer who is a crucial part of the pace attack in Tests, has now become a strong contender for a starting spot in the 2023 ODI World Cup.

With Deepak Chahar also missing major portions of action in 2022, Mohammed Siraj, though he had a largely difficult year in Tests, made his opportunities count in ODIs last year, and now is even pushing the likes of Shami to take the new ball when Bumrah returns. 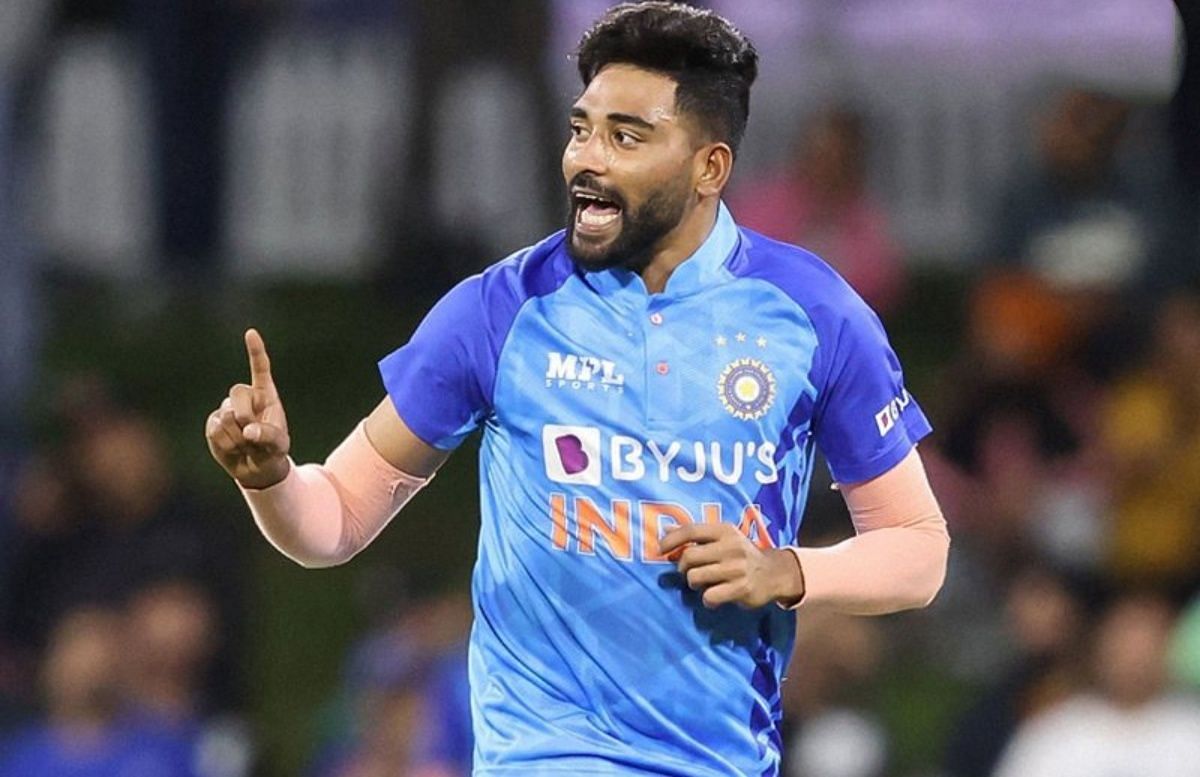 Here are 3 reasons why Mohammed Siraj is a potent force with the new ball, and should play in the 2023 ODI World Cup:

A major chunk - almost 3/4th - of Mohammed Siraj’s wickets in ODIs have come in the first powerplay as he’s made the batters feel iffy with his solid new balls spells.

At the time of writing -during the first ODI vs Sri Lanka where he’s dismissed both the openers in his opening spell- Siraj has taken 26 ODI wickets in 17 outings. Staggeringly, 18 of those 26 ODI scalps of Siraj have come in the first 10 overs powerplay; this means Siraj averages a little over one wicket every ODI in the first powerplay itself.

It would be quite an astonishing thing if he can keep up with this rate, and it would make it almost impossible for the management and selectors to not include him from the 2023 World Cup XI, let alone the squad.

He’s kept a terrific economy of 3.91 in the powerplay in ODI cricket.

Siraj has developed an outswinger in recent months

It was painful viewing when India lost the Test series in South Africa and the Edgbaston Test, all in 2022, all while failing to defend totals in 4th innings. Siraj was taken for plenty of runs there as batters understood his inability to take the ball away from the right-handers-Jonny Bairstow and Root were quite sever as Siraj went for over 6 an over in that Test innings.

The bowler has done major improvements and additions since then. The biggest addition to his arsenal is a potent outswinger.

Now this outswinger is not necessarily the one that takes the wicket - but it helps in seeding a doubt in the batter’s mind, and then he dismisses the batter with the inswinger, as was the case with Kusal Mendis in Guwahati, the Sri Lankan batsman’s bat was nowhere near the ball that swung in and clattered his stumps. Siraj has the smarts of mixing his outswingers with his usual in-swingers.

The wobble seam position of Mohammed Siraj separates him from the rest of the Indian pacers. While Sunil Gavaskar may enjoy the straight, upright seam position of Shami, it is Siraj’s wobble that is as equally effective. For even the bowler doesn’t always knows which way the ball will seam - in or out - after pitching on the seam.

It is because of his wobble seam deliveries - which is because of his slanted action unlike Shami or Thakur or Prasidh Krishna - that makes Siraj a standout in India’s pace attack, and brings in the kind of variety teams likes England and New Zealand have built their ODI success on.