Ever since his return from a back injury in the IPL 2022, Hardik Pandya’s career and status as a cricketer has shot up astronomically.

Leading for the first time in the IPL, Pandya captained the Gujarat Titans to the IPL 2022 title. He made a successful return to Team India’s white-ball sides, and silenced all his critics and doubters. Not only Pandya was added to the Indian leadership group, but the all-rounder also is touted to be the next T20I captain after Rohit Sharma.

Pandya was barely seen by anybody as a leader a year back, and his IPL march with Gujarat Titans wasn’t because he is a natural leader. But Pandya has learned the tricks and trades of captaincy from the captains he’s played under so much - MS Dhoni, Rohit Sharma, and Virat Kohli - and coupled it with his own attitude and beliefs. 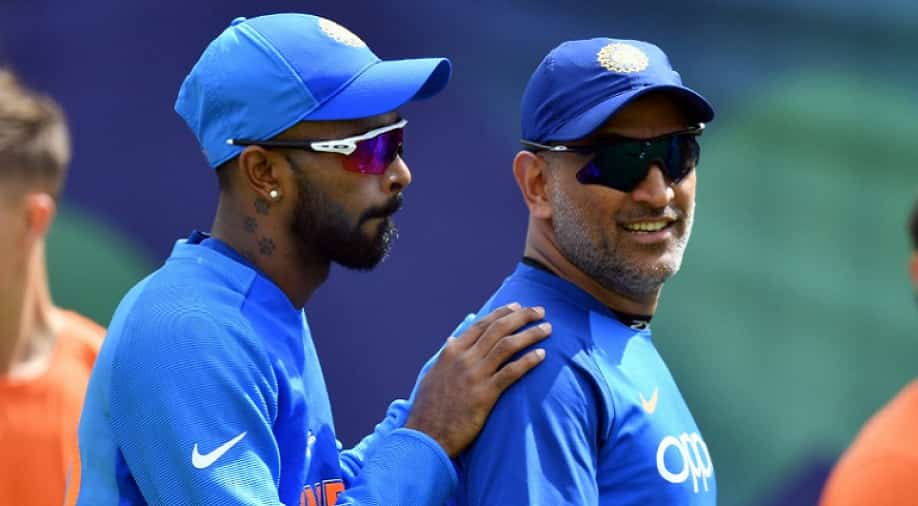 As Hardik Pandya gears up to take India T20I team’s full-time captaincy in the future, here are 3 similarities between Hardik and Dhoni:

Times and again, it has been proven why calm captains are so successful, in particular in white-ball cricket. Whether it is Rohit, Dhoni, Morgan, and now Pandya - the composure of a skipper needs to keep when things don’t go your way in the game is imperative for success in the long-term.

Even before his elevation to India interim captaincy, Pandya showed great tranquility as an all-rounder in the past few years, whether with the bat in hand or ball, the Baroda cricketer’s demeanor remained calm, and reflected how he was ‘living in the present’ only, a trait highly endorsed by MS Dhoni.

Giving a long rope to his players

“Security, Assurance, Backing.” These were the words which were spoken in abundance by the Gujarat Titans players when asked about Hardik Pandya in the last IPL. Especially from the likes of Miller, Tewatia, and Wade, whose positions and gameplay are vulnerable.

For, Hardik Pandya, just as the case was with MS Dhoni, it is vital to give a long rope to his players, in particular in a highly volatile format like T20 cricket.

“What we have said is that we’re going to back you to the core. All the players have that support from my side that I’m going to back them to the core,” Hardik Pandya said of giving support to his players ahead of the Sri Lanka T20I series.

Giving freedom to express yourself to his players

We perhaps wouldn’t have got the careers of Kohli, or Rohit had MS Dhoni dropped them after their initial failures in international cricket. But, it is something which Pandya has thoroughly picked up from the former India skipper is to allow his players to express themselves freely on the field without the worry of being dropped.

Batters, in particular, sometimes go into their shell in order to save their wicket and their place in the side, but that could cost the team in the long run. Instead, what Pandya has been endorsing, since he took upon the leadership duties last year, is to play with fun, with joy, and play your own game.

“What we have noticed and told the boys is that just go out there and express [yourself], which they will do. And it’s up to us that how we back them,” he said.

Hardik Pandya’s simple message to his youngsters is clear: “go out there and express [yourself], we’re going to back you to the core.”