India's star opener Shubman Gill is currently in red-hot form. He has been giving back-to-back performances to seal his spot in India's squad for the upcoming ODI Cricket World Cup scheduled for later this year. The young opener recently became the 5th Indian batter to register a double-century in the 50-over format. The star batter played a stunning knock of 208 runs off 149 runs in the 1st ODI match against New Zealand to help the Indian cricket team post a huge total of 349 runs for eight wickets in Hyderabad. 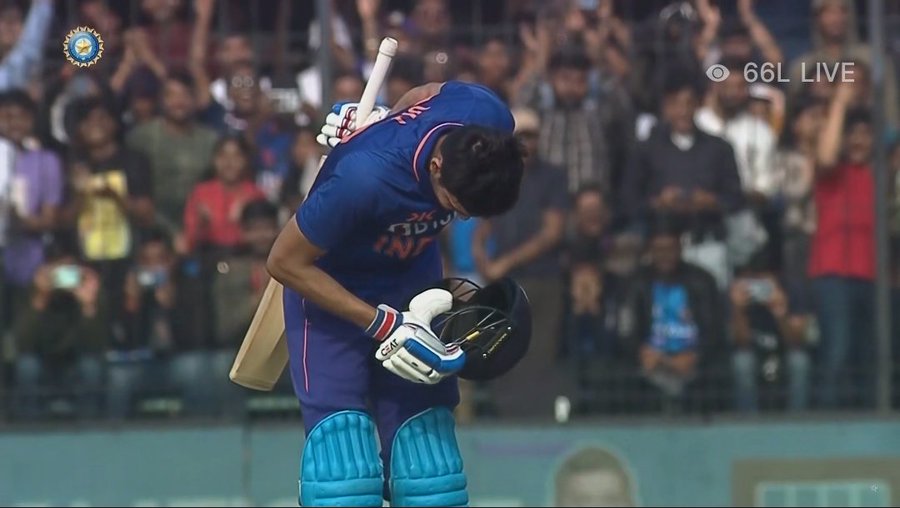 Now coming into the third ODI match, Gill once again displayed his batting prowess as he slammed the Kiwi bowlers to all the corners of the ground. Shubman Gill walked out to open the innings with Indian captain Rohit Sharma and together they gave a flying start to the Indian innings. Both the batters smashed attacked the Kiwi bowlers and displayed some amazing batting skills. Shubman Gill registered another ODI century and was dismissed after scoring 112 runs off 78 deliveries. His brilliant knock was laced with 13 fours and 5 sixes.

During his stellar knock, Gill destroyed New Zealand's sensational bowler Lockie Ferguson in the eighth over of India's innings. Mocking Lockie's skills, Gill smashed four fours and a six, an assault that had Rohit astonished.

In the first delivery of the over, Lockie delivered a wife, short of a length ball, which Gill smashed straight down the ground, beating mid-off for a four.

In the second delivery, Gill was beaten as the ball held its line to go past the edge.

In the third delivery, Gill slammed Lockie's delivery past the deep third for another boundary.

In the fourth delivery, Gill smashed the shot between mid-off and extra cover for another four.

In the fifth delivery, Lockie delivered a short ball which he upper-cut over point for a stylish six that left everyone stunned.

In the sixth delivery, Ferguson covered point for a four, to make it 22 off the over.