India's sensational batter Suryakumar Yadav continued his golden run of form in the shortest format of the game with a stunning hundred in the 2nd T20I match between India and New Zealand on Sunday at the  Bay Oval in Mount Maunganui. All thanks to SKY's match-winning knock, Team India took a 1-0 lead in the series with a 65-run victory.

After the Hardik Pandya-led side was asked to bat first, SKY ensured that India didn't suffer because of their slow start as they finished with a total of 191 on the board. while the other batting unit didn't produce anything, SKY played an incredible knock and rescued his side from tough conditions.

Lacing 11 boundaries and seven sixes, SKY smashed an unbeaten 111 off 51 balls to help India win by 65 runs in the second T20I against New Zealand on Sunday at the Bay Oval. He smashed the Kiwi bowlers all around the ground as he launched a brutal attack on them. This was SKY's second century of the year this year. Earlier he had smashed a century against England at Trent Bridge in what was a losing cause. 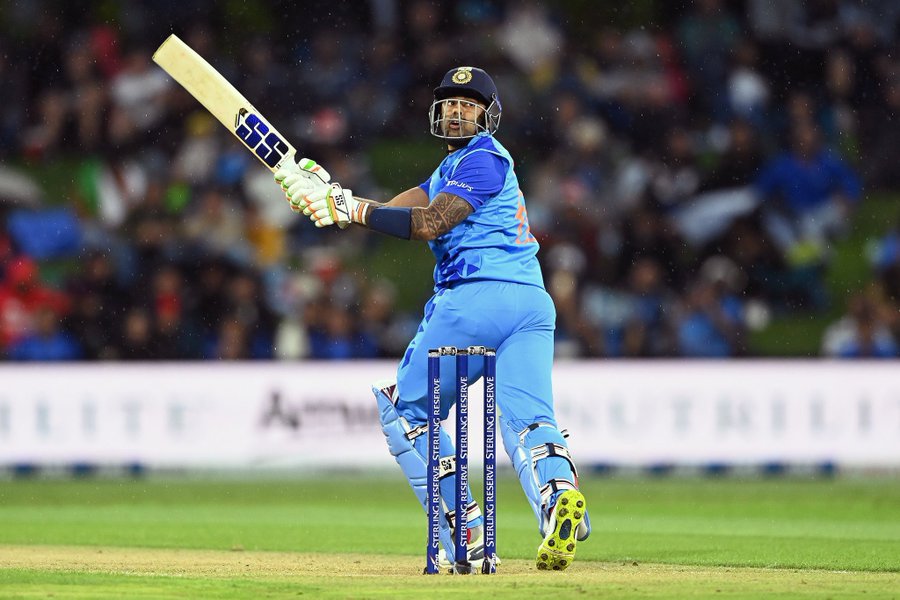 Suryakumar has left fans across the globe mesmerized with his fearless batting, however, it was the reaction of Surya's parents that has taken the internet by storm.

Well, after the match, Suryakumar's sister shared a video of the Indian batter's mother and father celebrating his special effort. In her Instagram story, Dina showed Suryakumar's father clapping in the audio while his mother was seen giving his son some blessings by touching the TV screen. Sharing the video, Diana wrote: "Mummy-Papa very happy".

The video of the same has gone crazily viral on social media. Watch it here: