Shubman Gill made headlines earlier this month when the Indian opener, in Hyderabad, against New Zealand, smashed his career’s third ODI century, and went on to convert it into a big one: a double hundred!

The Punjab-born Shubman Gill broke teammate Ishan Kishan’s record to become the youngest to raise an ODI double ton, aged 23 years and 112 days. Apart from his characteristically classy shots, the right-hander also showed his power game, smoking 9 sixes in his record-breaking knock, including three consecutive sixes to fast bowler Lockie Ferguson to bring up his 200.

“This is what dreams are made of,” Gill exulted.

Only last month, Ishan Kishan, aged 24, had smoked an ODI double-century in Bangladesh. Despite that, Gill was picked over Kishan as an opener in the series against Sri Lanka, where he justified it by scoring a fifty and a century, and then backed it up with another big one against New Zealand. 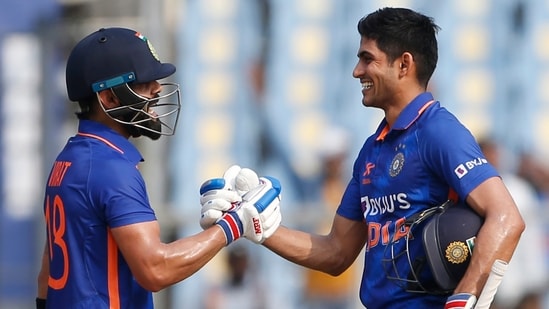 Gill is now the joint-second fastest to the 1000 ODI runs landmark alongside Pakistan’s Imam-ul-Haq. Pakistan opener Fakhar Zaman is the quickest to the mark, having got there in 18 innings.

Speaking of his record-breaking innings, Shubman Gill said: “I was waiting very eagerly to, you know, go out there and do what I want to do,” Gill said. “And with the wickets falling, you know, there were times when I wanted to unleash. But I got my moment when we had the last three or four overs left and I wanted to get some sixes under my belt and I’m happy that it paid off today.”

The second ODI between India and New Zealand will be played on Saturday in Raipur.