Suresh Raina posted a special tweet for Hardik Pandya and praised him for his fiery knock of 71* in the first T20I of the ongoing three-match IND vs AUS series.

Hardik Pandya gave India the much-needed impetus in the end to propel India’s score over 200 in the first T20I of the series against Australia in Mohali.

On a flat pitch where any score wasn’t out of a reach of a strong, deep Australian batting attack, India, batting first, found themselves at 148/5 at the 16-over mark. The death overs phase was perhaps the decider; less than 30-35 runs in the last four overs could have given Australia the advantage. However, Hardik Pandya, batting at 23 (14), settled his eye in already, gave India the late flourish.

Hardik Pandya has been in a dream form this year

First, he showcased his finesse with two boundaries to Josh Hazlewood in the 17th over and in the next over, the 18th, clattered a six and a four to Pat Cummins, collecting a considerable amount of runs from Australia’s two most experienced bowlers in this bowling attack. Nathan Ellis, who had a good day with three wickets, was also creamed for a boundary by Pandya; that boundary brought up his fifty, off 25 balls. 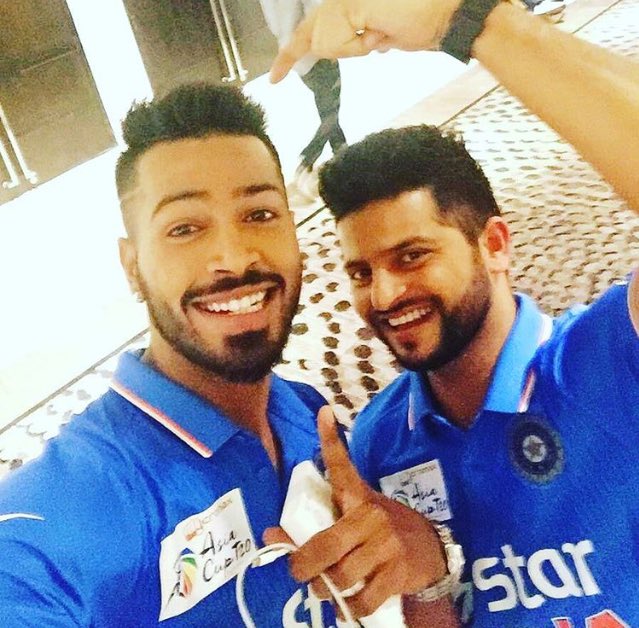 Then came the last over of India’s innings, bowled all-rounder Cameron Green. Green started off well conceding only three runs off the first three balls, before all hell broke loose from Pandya’s end. The right-hander walloped three sixes off the last three balls to take India’s total to 208.

It was pandemonium in Mohali as Pandya first swatted his pull over deep mid-wicket; then he slogged downtown over long-off; and finished the innings with a big biff over deep backward point. 3 balls, 3 sixes. Pandya remained unbeaten on 71 off 30 balls, his super-charged innings consisting of 7 fours and 5 sixes.

As fans erupted with Hardik's sensational batting, his former India teammate, Suresh Raina, came up with a tweet hailing the finisher in Pandya.

“What a brilliant way to end the innings @hardikpandya7, congratulations on your half century. Fantastic performance boys, let’s win this  #INDvAUS #TeamIndia," Raina tweeted.

What a brilliant way to end the innings @hardikpandya7, congratulations on your half century. Fantastic performance boys, let’s win this ✊ #INDvAUS #TeamIndia 🇮🇳 pic.twitter.com/ok7YMl6Bfa