India's middle-order batter Suryakumar Yadav lit up the night sky on Wednesday as he rained sixes and fours during a group match against Hong Kong in the ongoing Asia Cup 2022 in the UAE. He played a magnificent knock of unbeaten 68 runs off just 24 balls. His knock was laced with six fours and as many sixes, which were enough for them to seal a Super four spot in the ongoing tournament.

SKY walked out to the crease at a time when the Indian side required a run-rate boost, with the score at 94/2 in 13 overs. In the next seven overs, Suryakumar and Virat Kohli formed a 98-run stand to take India to a substantial total of 192/2, with the side eventually clinching a 40-run victory. 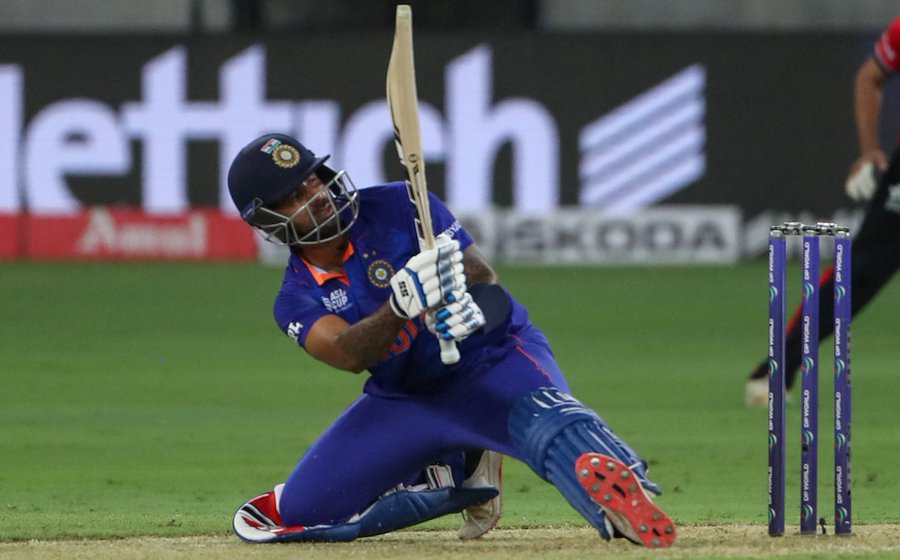 While he delighted the fans with his stunning 360 shots, SKY also left his Indian captain Rohit Sharma in awe of him. During the post-match presentation, Rohit aptly summed up his innings. He said:

“Some of the shots he (Suryakumar) played today, those are not written anywhere in the book,"

He added: "The kind of innings he played today, the words will be short. We have seen that with him every now and then. He comes up with suck kinds of knocks. He just comes out and bats fearlessly which is what the team expects from him,"

Furthermore, Rohit admitted that and said his bowlers could’ve done a better job as Hong Kong finished with 152/5. He said:

"We batted pretty well, got to a very good score. Came out and bowled reasonably well, we could have done slightly better with the ball,"

The Indian cricket team will rest for three days before returning to action on Sunday.

Also Read: "This Is Out Of My Book": Ravindra Jadeja Gave A Hilarious Response When Asked About Rishabh Pant's Exclusion From Playing XI