The Indian cricket team suffered a big heartbreak as they were expected to defeat England and meet arch-rivals Pakistan in the final of the t20 World Cup 2022, however, things didn't go as per plan. The Rohit Sharma-led team India suffered an embarrassing 10-wicket defeat against England. The defeat hurts India even more as they were defeated by 10 wickets in a World Cup clash for the second time. Earlier, team India had suffered the same margin loss at the hands of Pakistan in 2021. 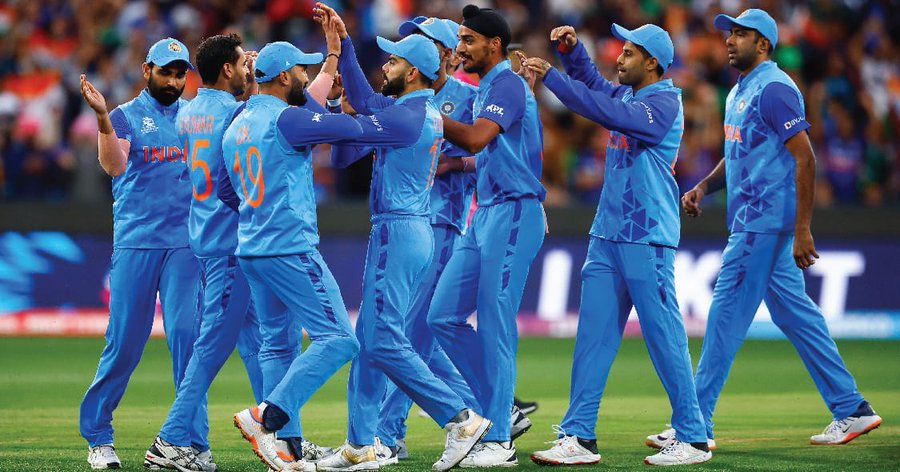 After the match, the Indian head coach Rahul Dravid said that he felt India was short of 15-20 runs in the semifinal of the T20 World Cup 2022 against England which they lost by 10 wickets. Rahul Dravid feels that the Indian cricket team will reflect on the learning and will see how they can improve as a T20 side from here. He said:

"On the day, we were not good enough. We need to reflect on things and improve from here. Runs on the board in the semifinals help a lot. We were looking to do the same. We had put up 180 plus runs in the tournament before. Boys were saying the pitch was little slower. They did not let us get away. We were probably 15-20 runs short. Hardik played beautifully. We should have got 180 on that wicket,"

Further, Rahul Dravid was asked whether he suggests Indian players playing in the Big Bash League to get used to the conditions here. Responding to this, Dravid said that this is up to the BCCI to take that decision. He said:

"There is no doubt about it that a lot of players come here and played in BBL. It showd today. It is very doifficult for Indian cricket. A lot of these tournaments happen at the peak of the season. It is up to BCCI to make that decision,"