A Big Update On Sanju Samson's Injury And Comeback

Indian cricketer Sanju Samson has recently decided to skip rehab training at the National Cricket Academy (NCA) and is instead focusing on his recovery with the help of a personal physio in his hometown of Kochi. The right-handed batter sustained a knee injury while trying to take a catch during a T20I match against Sri Lanka and was ruled out for the remainder of the series, as well as the white-ball fixtures against New Zealand.

Despite the setback, Sanju Samson is reportedly recovering well and is now awaiting clearance from the Board of Control for Cricket in India (BCCI) to participate in the ongoing Ranji Trophy. The young player represents Kerala in domestic tournaments and fans may have the opportunity to see him back in action if his team manages to qualify for the next round. 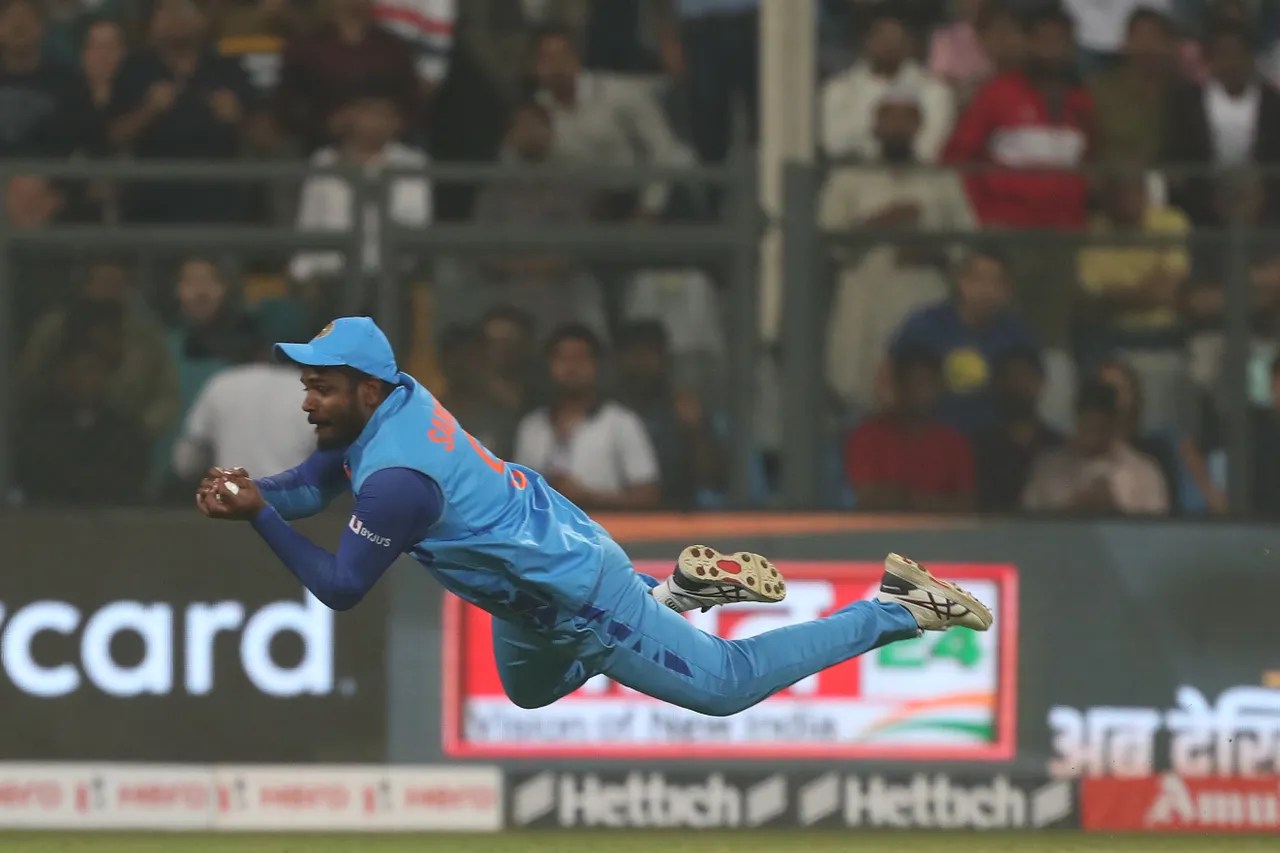 Currently, Kerala is sitting at the third spot in its group and has won three out of its six matches, with two ending in a draw. The team's final group-stage encounter will be against Puducherry.

Sanju Samson's return from injury will definitely be eagerly anticipated as he looks to play some impressive innings in the Ranji Trophy. With Rishabh Pant currently ruled out, the wicketkeeper role in the Indian squad is up for grabs and Samson will be looking to make a strong case for himself. Despite being ignored for the ODIs against Bangladesh and Sri Lanka, the 28-year-old has a strong track record in the format, having played just 11 matches and amassed 330 runs at an impressive average of 66, with a strike rate of over 100.

As the 50-over World Cup is scheduled for this year, Samson will be eager to cement his place in the Indian ODI squad and make a significant contribution to the team's success. He will be looking to use his time off the field to focus on his recovery and come back stronger and more determined than ever.

Injuries can be a setback for any athlete, but with the right mindset and proper training, it's possible to come back stronger and make an impact on the field. Fans will be eagerly waiting for the return of Sanju Samson and are hoping to see him back to his best form soon.