Indian superstar Shah Rukh Khan, who is a co-owner of the Indian Premier League franchise Kolkata Knight Riders (KKR), is currently busy in the promotions of his upcoming movie Pathaan. Ahead of its release, the Pathaan actor took to his social media and held a  Q&A session with his fans where he was bombarded with questions - ranging from his professional life to his personal life.

Shah Rukh Khan, who is also a huge cricket fan, shares a good bond with many Indian players. Responding to the fan's query, SRK came up with a heart-winning reply. He replied: "Rohit is all grace and brilliant. Have shared some really sweet personal moments with him."

Talking about Rohit Sharma, he is currently leading the Indian cricket team for the white-ball series against New Zealand. After winning the first two matches, the Indian side has taken an unassailable lead of 2-0 in the ongoing 3-match series.

As team India is looking forward to hand-over a cleanswipe to the Kiwis, Rohit entertained his fans thoroughly as he made a stunning comeback by ending a century drought as he slammed his first hundred in 509 days, in the third and final ODI match of the series against New Zealand at the Holkar Stadium in Indore on Tuesday. 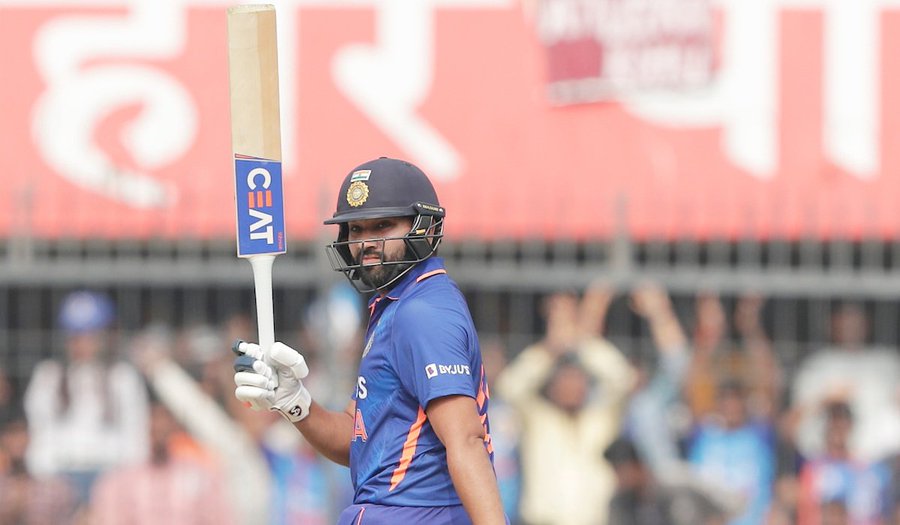 It has to be noted that Rohit, who is hailed as one of the most prolific run-scorers in white-ball cricket, endured a below-par performance in 2022. However, he kickstarted 2023 on a positive note by smashing an 83-run knock against Sri Lanka in the 1st ODI. Which was followed by a 51-run knock against New Zealand in the 2nd ODI and carried his form in the third ODI at Indore.

Rohit played a stunning knock of 101 runs off 85 balls, smashing the Kiwi bowlers to all the corners of the ground. His knock was laced with 9 fours and 6 sixes.