Bollywood actress Anushka Sharma and Indian cricketer Virat Kohli are one of the most loved couples in the country. The couple got married in picturesque Tuscany, Italy on December 11, 2017.  Their wedding remained one of the most talked-about events for a long time. The couple welcomed their first child on January 11, 2021.

After welcoming their first child home, the duo revealed the name of their daughter as Vamika, which stands as an alternative name for Goddess Durga. The couple had urged paparazzi from clicking the picture of their baby girl in public and remain cautious of not showing her face even on social media posts.

Now in her latest interview for Grazia magazine revealed how Virat Kohli helped her during her pregnancy days and opened up on facing initial troubles, that were awful. She revealed:

“One of the things this experience has taught me is to always look at the positives. It allowed Virat and I to spend a lot of time together because he wasn’t playing any matches at the time. Had he been travelling, I wouldn’t have been able to accompany him in my condition. My first trimester was awful, so it was nice to have him by my side, to handhold and be my cheerleader.” 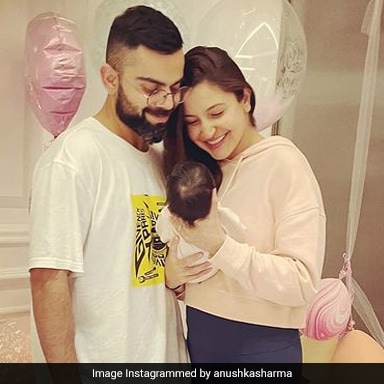 Anushka Sharma also revealed how she wanted to host a grand baby-shower event but she couldn’t because of the COVID outbreak. She went on to disclose details of her baby shower event which was an intimate affair with only family members involved. She revealed:

“I really wanted a baby shower. I was even willing to throw one for myself. But to get everyone to quarantine in order to attend was hectic and I didn’t want to put my friends through that. So I ended up having a small ceremony at home, with my immediate family in attendance.”