Babar Azam Finally Reacts To “You Should Quit Captaincy” Question

Pakistan captain Babar Azam has come under the scanner of criticism after the side failed to win a single Test series at home in the  2021-23 World Test Championship cycle. The Pakistan cricket team will be eyeing a quick recovery when they will return to limited-overs action against New Zealand. The Babar Azam-led Pakistan team will be aiming to make a strong comeback.

Even though the side is all set to don the colored jersey now, Babar Azam still continues to face tough questions in the press conference. Yes, ahead of the 1st ODI match, Babar Azam was asked by a reporter if he should quit the captaincy role in the longest format of the game. Justifiably, the Pakistan skipper gave a blunt one-line reply. The reporter had asked:

“You're on your way to becoming one of the batting greats. But players like Sachin Tendulkar, Brian Lara, Saeed Anwar, they were great batters but couldn't be great captains. We couldn't win a single Test in 8 attempts on home soil. Do you think you should leave the Test captaincy so that your target of becoming one of the greatest batters of the game becomes easier?,” the reporter asked. 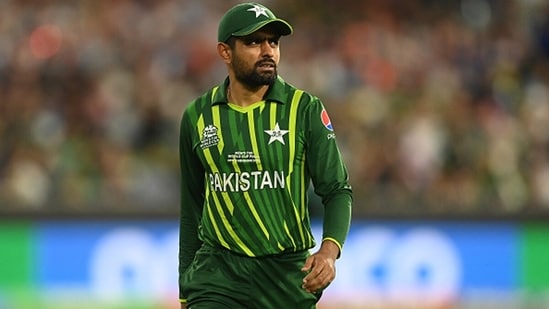 However, the question didn't go down well with Babar Azam as frustration was quite evident on his face. Azam came up with a fitting reply to the reporter's question as he reminded him that the Test series is over and the topic is the white-ball assignment. Babar replied: “We are playing white ball cricket right now, Tests are over. If you have any question on white-ball series, you ask that,”

A journo finally got to ask a question from Babar Azam and he asked him if he should quit Test captaincy.

Notably, the reporter in the aforementioned incident is the same person who was denied the right to ask a question during the Test series, which led to Babar Azam giving him a death stare. The video of the same had gone viral across all social media.


Talking about the upcoming series, the 1st ODI of the 3-match series between Pakistan and New Zealand will be played on Monday (January 9) at the National Stadium in Karachi. Pakistan is now officially out for a place in the final of the World Test Championship. The Men in Green are currently sitting in the seventh position at the points table, with four wins in 14 games