Last year, Pakistan had a great chance of making it to the World Test Championship final with three home Test series against three top teams lined up. However, they have made a spectacular mess of it by making flat pitches, and couldn’t make use of the ones which had something in it for the bowlers. 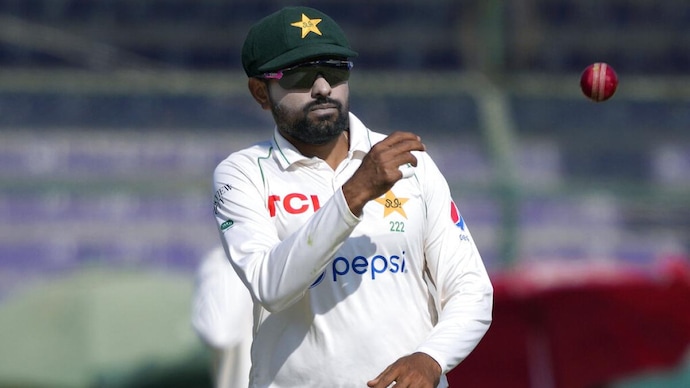 They lost 1-0 in the 3-Test series to Australia. 3-0 to England in 3 Tests. And now the 2-Test series against New Zealand has ended in a 0-0 draw, which, though, could have been 1-0 to any side as the second Test in Karachi ended early due to bad light with Pakistan needing 15 runs and New Zealand needed 1 wicket to win.

With 0 wins in 8 home Tests, there are questions over Babar Azam’s Test captaincy

In the press conference after the series against New Zealand ended, Babar Azam came face to face with the reality: he could be or would have already been sacked as the Test captain by new interim selector Shahid Afridi.

In the press conference a Pakistani shooted from the hip, saying that Afridi had already sacked Shadab Khan as the ODI vice-captain, and now Babar's Test captaincy is under threat.

Babar's reaction was very much what you would expect from someone who is calm and composed. Azam shot back at the journalist, saying that the media people know better about what is going to happen in Pakistan cricket before the players. He didn't give away too much, but certainly, by the brashness he played down the comment of the journalist, it appeared that even Babar knows his fate now.