2022 was a year of missed opportunities for Team India in both Test cricket and in white-ball internationals.

In Tests, they couldn’t grab the chance to win Test series in South Africa and England, while in T20Is, Rohit Sharma’s side failed to reach the finals of two major tournaments-Asia Cup and T20 World Cup - despite sweeping all the bilateral series.

It remains quite a shocking fact that one of their regular players in those bilateral series wins, Yuzvendra Chahal, didn’t get to feature in a single match at the T20 World Cup 2022 in Australia, with the management preferring Axar Patel and Ravichandran Ashwin for their extra batting pedigree.

Ironically, Chahal took the most international wickets for India in 2022 - 44 wickets across ODIs and T20Is - and is also India’s all-time second-leading wicket-taker with 87 scalps in 71 T20Is, only behind Bhuvneshwar Kumar who has taken 90 wickets in 87 T20Is. 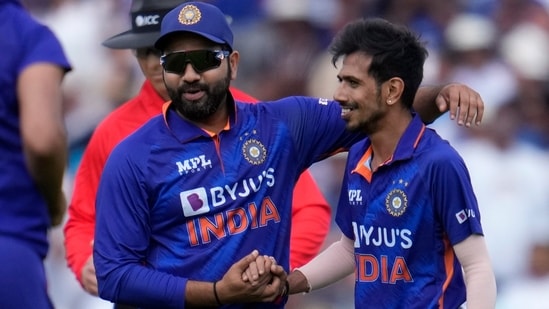 Yuzvendra Chahal was also the Purple Cap holder in the IPL 2022.

Veteran Indian cricketer Dinesh Karthik, who was part of India’s squad in the T20 World Cup and played in 4 group matches before being replaced by Rishabh Pant, opined that Chahal would’ve “definitely made a lot more damage” had he been given the opportunity, but admitted that now everyone has the advantage of hindsight.

“These are all calls that are taken by the captain and coach with the belief they had in a certain player. To be fair, Ashwin started the tournament well but probably didn’t end well. But Chahal would’ve definitely made a lot more damage. It could’ve been an interesting choice. But hindsight is a very interesting thing to look at once the results come out,” said Karthik on Cricbuzz.

“All in all, if we look at the overall picture of the World Cup and Asia Cup, we expect a lot of better from Team India and that’s the right way to put it,” said the senior stumper.