In a shocking update, the Board of Control for Cricket in India (BCCI) on Friday sacked chief selector Chetan Sharma and the entire senior selection committee led by him. The Council took to social media to invite applications for the position of national selectors. The last date for the application is November 28. 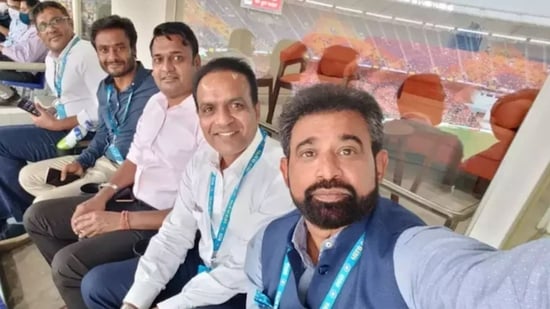 "The Board of Control for Cricket in India (BCCI) invites applications for the position of National Selectors (Senior Men). Candidates who wish to apply for the said position need to fulfil the following criteria for their applications to be considered," said BCCI in a statement. "

The statement also listed down the criteria for the applications. The detail read:

BCCI also listed down the criteria for the applications.

Positions - 5
Should have played a minimum of

7 Test matches; OR
30 First Class matches; OR
10 ODI and 20 First Class matches
Should have retired from the game at least 5 years ago
"No person who has been a member of any Cricket Committee (as defined in the rules and regulations of BCCI) for a total of 5 years shall be eligible to be a member of Men’s Selection Committee. Applications should be submitted by 1800 hrs IST on November 28, 2022," the statement added,

The shocking decision came a few days after the Indian cricket team was knocked out of the T20 World Cup 2022. The Men in Blue were knocked out of the marquee event after enduring a heartbreaking 10-wicket defeat at the hands of England. During Chetan Sharma's tenure, team India had also failed to reach the knock-out stage in the 2021 edition of the T20 World Cup and lost the World Test Championships final.

Chetan (North zone), Harvinder Singh (Central Zone), Sunil Joshi (South Zone), and Debasish Mohanty (East Zone) have had the shortest stint as senior national selectors in recent times. Some of them were appointed in 2020 and some in 2021.