Star England all-rounder Ben Stokes remembered his late father ahead of the upcoming Ashes series, which will kickstart on Wednesday. Ben Stokes expressed how his father Ged Stokes, who was one of his biggest motivators, would have been proud to see him feature in the high-voltage series.

Ben Stokes father Ged Stokes passed away, aged 65, last year on December 8, after fighting a brief battle with brain cancer. The star all-rounder had skipper international duty in August of 2020 to be with his father after discovering the condition of his father. Ged Stokes, who was a former New Zealand Rugby player, received tributes from all around the world after his demise. 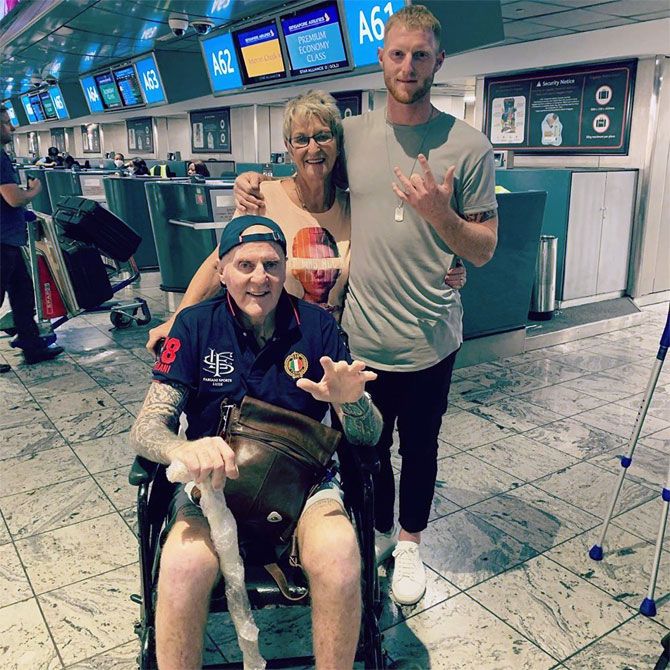 Remembering the memories of his father ahead of his first death anniversary., in his column for The Mirror, Ben Stokes expressed ecstatic his dad would have been to see him competing against Australia in the Ases. He wrote:

“There will also be a bit of my mind thinking about my dad Ged and the fact that it will be exactly one year to the day since he passed away. He and my mum have always been my biggest supporters and I know he would have been hugely proud to see me back out there representing England, ready to take on Australia.”

“Walking out to play in an England shirt once more after the break I’ve had will be a special moment as it always is. Playing in the Ashes is all the motivation you need. I’ll be fully focused on my job and doing what I can whenever Joe Root asks me to get involved.”

Ben Stokes will be returning to professional cricket for the first time since August. The cricketer had skipped the home series and the T20 World Cup, taking a break from the game citing mental health. He will be looking forward to delivering impactful performances this time around.

He further singled out his counterpart Cameron Green. Citing his excitement to see what Cameron can offer, Ben wrote:

“The Aussies have named their side early and it is good to see another all-rounder in the contest with Cameron Green playing his first Ashes Test. We don’t focus too much on the opposition and put our faith in what we can do as a team, but from one all-rounder to another, it is good to see a young player making his way in international cricket.”

“You always look out for the players who do the same things as you, so it will be interesting to see how he goes in the series. The main interest, though, is how our players perform.”