The Indian batting maestro Virat Kohli stole the show with his bat as he broke his own six-hitting record in the 3rd and final ODI match of the series against the Dasun Shanaka-led Sri Lanka National Cricket Team on Sunday, January 15, at the Greenfield International Stadium in Thiruvananthapuram. Virat Kohli played another blistering knock and scored a sensational century in the game.

Kohli remained unbeaten on 166 off 110 balls with the help of 13 fours and 8 sixes as India posted a mammoth 390/5 in their allotted 20 overs. This was also Kohli's highest-ever score batting first in ODIs and also his fifth score of 150+ in ODIs. 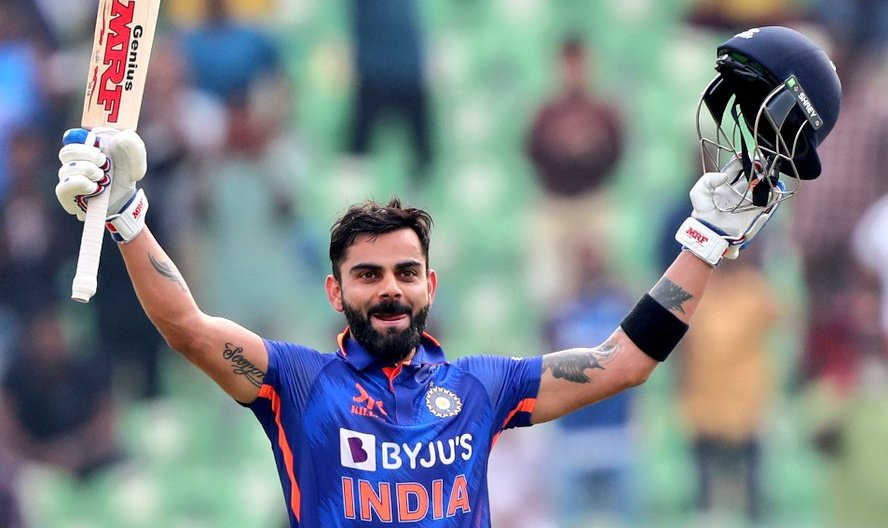 Following his blistering knock, he has been receiving praise from all corners for his terrific performances. Former Indian opener and World Cup hero Gautam Gambhir also sang praises of Kohli. Gambhir hailed King Kohli for his marvelous six-hitting prowess during the innings in the mid-innings show on Star Sports. He said: “The six-hitting ability of Kohli was just ‘Wow’ today”.

Gambhir wasn't wrong about his assessment as Virat put some majestic shots on display in his innings and smashed the Sri Lankan bowlers to all the corners of the ground for gigantic sixes. Virat was batting in the 80s in the 40th over and scored a boundary and a six in consecutive overs to move into the 90s. He brought up his 46th ODI century on the last ball of the 43rd over and launched an attack on Sri Lanka bowlers.

The batting superstar unleashed his beast mode as he started plundering sixes in every over. Fans were delighted to see vintage Kohli in action as he ended the innings with a magnificent 166 off 110 balls with 13 fours with 8 sixes.

Meanwhile, fans were left buzzing with the reaction to Gambhir's praise for Virat Kohli. Check out some of the reactions: