The Indian cricket team defeated Sri Lanka by 317 runs in the 3rd and final ODI match of the series on Sunday in Thiruvananthapuram. With this win, team India not just won the series by handing a complete whitewash to Sri Lanka, but also went on to break the record for the biggest win (by runs) in ODIs. India broke the record of New Zealand (win by 290 runs) to script history in Thiruvananthapuram.

Opting to bat first, the Indian cricket team made a flying start to the innings all thanks to the stellar opening stand of Rohit Sharma and Shubman Gill. While Rohit was dismissed after scoring 42 runs, Shubman Gill went on to score a brilliant ton in the third ODI between India and Sri Lanka on Sunday. He played an amazing knock of 116 runs off 97 balls in the match at Thiruvananthapuram. His amazing knock was laced with 14 fours and two sixes. 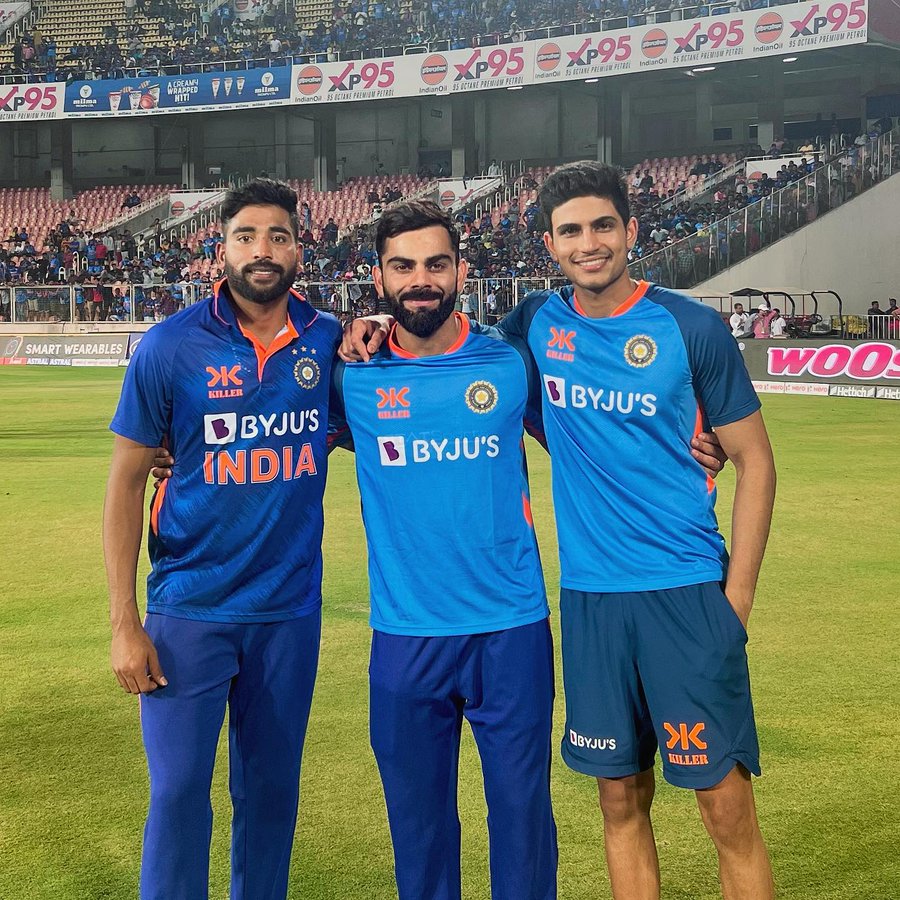 He was well supported by the Indian batting maestro Virat Kohli, who played another sensational knock. Virat Kohli registered his 74th international century and went on to play an unbeaten knock of 166 runs. Riding on the stellar knock of Kohli and Gill, team India posted a mammoth score of 390/5. In response, Sri Lanka's batters failed miserably as their run-chase ended in merely 22 overs, as the side could only reach 73.

Interestingly, not only the Men in Blue but also former Indian opener and World Cup hero Gautam Gambhir also broke the record, setting the internet on fire by jokingly making a bold prediction ahead of the game. For the unversed, Gautam Gambhir made a prediction about the margin of India's win. He had claimed that India could win the match by a margin of 300+ runs and the prediction ultimately came true, catching everyone's attention.

After his prediction came true, the Star Sports anchor bow down to Gautam Gambhir. The image of the same has been going viral on the internet. Check it out: