26-year-old Tamil Nadu batsman Narayan Jagadeesan is batting like a dream and shattering records in List-A cricket in the ongoing Vijay Hazare Trophy.

On Monday, Tamil Nadu opener Narayan Jagadeesan took the attention of the world as he played an incredible inning of 277 runs off 141 balls against Arunachal Pradesh at the Chinnaswamy Stadium, breaking the 20-year-old record of 268 by Alistair Brown against Glamorgan in 2002.

Jagadeesan and his opening partner Sai Sudharsan, who scored 154 off 102 balls, put up a stunning opening stand of 416 runs in 38.3 overs. Eventually, Tamil Nadu piled up 506 runs in their 50 overs. 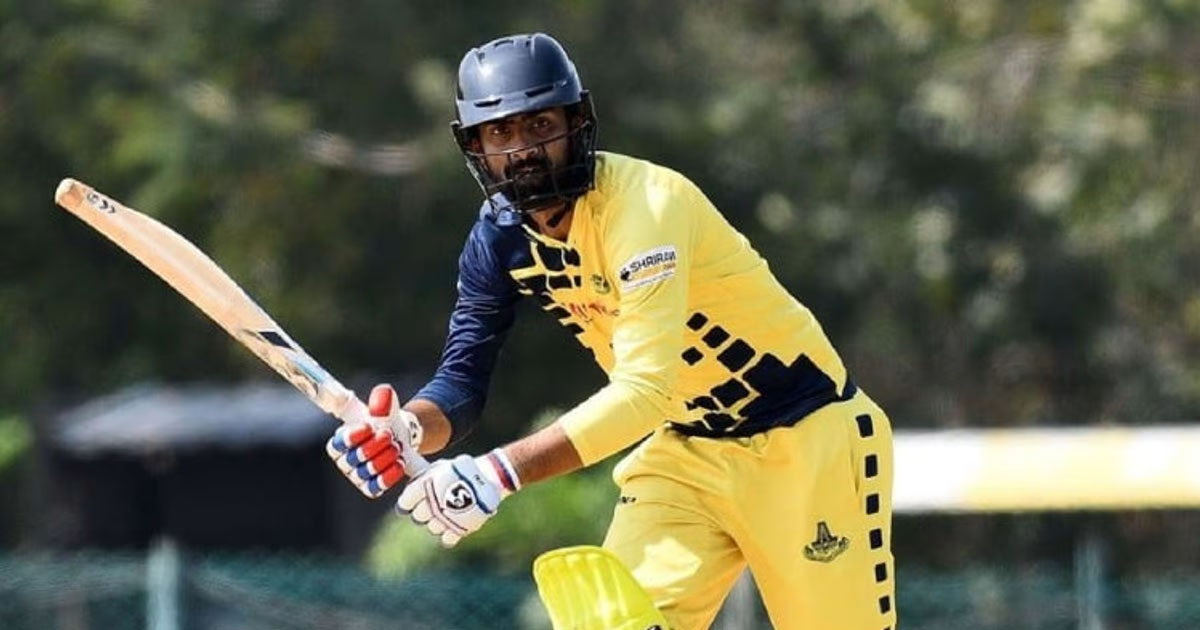 N Jagadeesan breaks a number of records in his historic knock

Jagadeesan’s 277 is also the highest score in all List A cricket, surpassing 271 not out by Sripali Weerakkody against Pushpadana Ladies in the 2007 Sri Lanka Women’s One-Day tournament.

The right-hander became the first player to score hundreds in 5 consecutive innings in men’s List A cricket. Earlier, three batsmen had scored 4 hundred on a trot - Kumar Sangakkara in 2014-15, Alviro Petersen in 2015-16, and Devdutt Padikkal in 2020-21.

He took 114 balls to reach his double century, which is also now the joint-fastest to 200 runs in a List-A inning, equalling Travis Head’s record against Queensland in the Marsh One-Day Cup last year.

Tamil Nadu’s score in this match against Arunachal, the first team to score 500-plus runs in men’s List A cricket. The previous highest was 498 for 4 by England against the Netherlands earlier this year.

Less than 10 days ago, the Chennai Super Kings had released Narayan Jagadeesan from their squad. The cricketer had been at CSK for the past 5 seasons - from 2018 to 2022 - but only got to play in 7 matches, and only 2 in IPL 2022 after the team was eliminated from the playoff race.

Now that days after CSK released him, Narayan Jagadeesan smashed these runs in the VJT, fans trolled the CSK management for their decision to not show faith in the youngster.

Here are some of the reactions of fans on Twitter:

Not CSK... jagadeesan Knocking the door of Indian Team

#Jagadeesan is still only 26 years old! He can have a good few years in the middle for #TeamIndia in T20 and ODIs. It is indeed a shame that #CSK just did not trust enough to give him a run. #Tamilnadu #VijayHazareTrophy2022

Let's all laugh at #CSK for not retaining Jagadeesan..😂😂😂😂 Man is literally burying in it with his stupendous form.

I thought this is ranji match stats 😱

#csk fans when they realise that csk retained rayudu ahead of jagadeesan pic.twitter.com/sIoJBh1rhZ

"It's all uphill after CSK"

CSK releasing Jagadeesan
Jagadeesan - "I took it personally bro".
Whatta playa! You guys need to rot in hell, if he doesn't get a chance to play.

A few days after getting released by CSK, Jagadeesan has ensured he fetches big bucks in the IPL auction next month.

Not sure if his T20 game has improved but there's certainly a spot available at the top of the order in KKR & SRH.