Indian batting maestro Virat Kohli resumed the cricketing action in 2023 in a blockbuster style as he notched up his 45th ton in the opening match against Sri Lanka at the Barsapara Cricket Stadium in Guwahati. The century drought and his lean patch now seem a distant memory. He is back and how. For the first time in three years, Virat has scored back-to-back centuries in the ODI format. Kohli, with his stunning century, not just helped the Indian cricket team to take the total past 350 but also achieved a few personal milestones.

It was on September 8 of 2022, when Virat put an end to his over 1000 days of waiting for an international century, having last scored in November 23 of 2019 with a match-winning 136 against Bangladesh in the Pink Ball Test. Kohli ended the year with a stunning century against Bangladesh in an ODI match and he has now resumed where he left last year as he played a stunning knock of 113 runs off 87 balls. 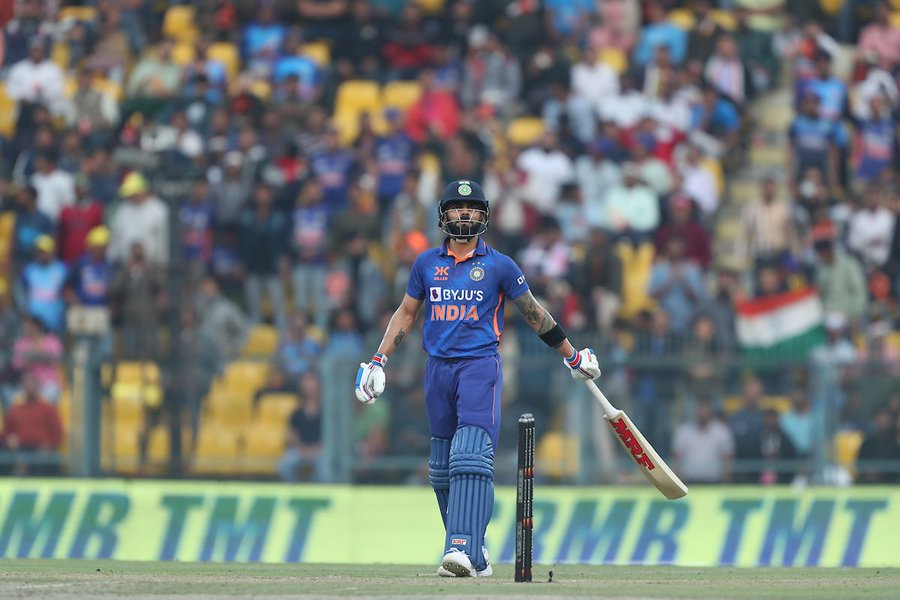 His stunning knock was laced with 12 boundaries and a solitary six. With this knock, Kohli leveled Sachin's staggering century record at home. Both the Indian batting legends now have 20 tons on home soil. But interestingly, while Kohli amassed the tally in 160 innings, Kohli has managed the same in 100 innings only.

Meanwhile, social media has been buzzing with amazing reactions to Kohli's stunning knock. Popular commentator and cricket analyst Harsha Bhogle also took to his social media and joined the bandwagon. In his Tweet, he hailed King Kohli for his "untroubled century". He wrote:

"This is an untroubled century. No 73 was on the cards all through for Kohli."

This is an untroubled century. No 73 was on the cards all through for Kohli.

"I have had a bit of break, and a couple of practice sessions coming into this game, so I was fresh after that Bangladesh tour. I was excited for the home season to start. The openers allowed me to get into the game and I tried to keep my strike rate in check. I was happy I was able to maintain the tempo and we finished with 370," said Kohli at the end of India's innings.