The Indian Test captain, Virat Kohli who missed the second Test match of the ongoing series at the Wanderers due to an upper back spasm, returned with a bang as he opened his account like a king in the ongoing third and final Test match between Indian and South Africa in Cape Town.

As the game kickstarted, Virat Kohli won the toss and opted to bat first in the series decider match in Capetown. However, the decision didn’t go out as planned because both the Indian openers KL Rahul and Mayank Agarwal, who displayed brilliant batting performance in the last two fixtures, were dismissed early in the first session only. 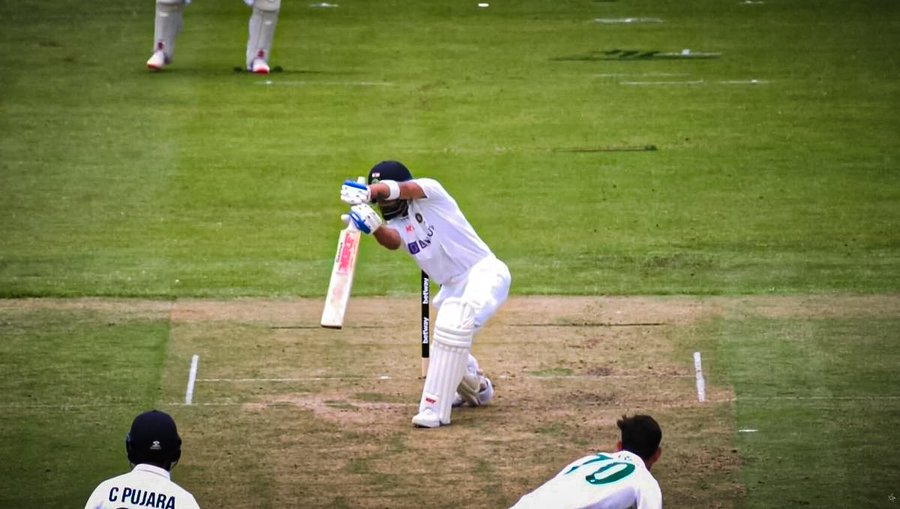 While Rahul scored only 12 runs before he was dismissed by Duanne Olivier in the 12th over, on the other hand, Mayank Agarwal departed in the very next over after scoring 15 runs.

Virat Kohli walked out to bat after the departure of Mayank Agarwal and struggled to score any runs off the first 15 balls. However, the skipper stayed calm and opened his account with a stunning cover drive in the 19th over against Marco Jansen.

Sunil Gavaskar, who was present in the commentary box, couldn’t stop himself from showering praises on the beautiful cover drive of Virat Kohli. He was heard saying: “Nobody plays that extra-cover drive than Kohli.”

Meanwhile, the stunning cover drive by Virat Kohli has left the netizens in awe. From experts to fans,  everyone took to Twitter and came up with amazing reactions to it.

In the World full of trends,
This Virat Kohli's Cover Drive Remains Classic.✍️
The Master at Work.
The King 👑 pic.twitter.com/8FU6vanczB

That cover drive from @imVkohli 🔥🔥🔥

Expecting big one from #KingKohli
❤️

Want Virat Kohli to reach his century today with a cover drive only, idc.

Want Virat Kohli to reach his century today with a cover drive only, idc.

Its like an addiction, you know it's bad for you but you are the best joint roller in town 😆 #INDvsSA #CricketTwitter #SAvIND #viratkholi https://t.co/y8QWaKemdD