The first day of the ongoing third and the final Test match turned out to be a complete entertainer for the fans. The ups and downs on the opening day of this do-or-die match proved that the decider could well be a thrilling one. While the Proteas bowler displayed absolute class as they ran through the Indian batting lineup, on the other hand, the Indian team was led by a confident Virat Kohli.

The Indian Test captain, Virat Kohli played a gritty knock as he reflected on his movements, and played an array of stunning shots. Though he missed out on his 71st century by just a few deliveries but his knock of 79 runs restored faith and hope in his fans as he showed signs of his old form. Kohli was finally dismissed for 79 runs as he ran out of partners towards the end of the innings. That 79-run knock had ‘Virat Kohli Class’ written all over it.

Not just this, the Indian skipper also found himself in the middle of some chit-chat on-field on certain occasions during his knock. One such incident took place when there was a huge caught-behind appeal again him off a delivery by Duanne Oliver.

The DRS showed a tiny spike on the UltraEldge, however, the slow-motion replays showed that the ball was touching the thigh-pads instead of the bat. While the Proteas players were left shocked with the development, Kohli and opposition captain Dean Elgar were indulged in a fun chat that ended with team India’s skipper shaking his head in disappointment.

The video of the same has been going viral on the internet, have a look:

A smile to kick off Kohli's new year pic.twitter.com/45HYj55MDx

A few more videos from Day 1 of the ongoing game have been going viral on the internet, where Kohli can be seen engaged in conversations with the Proteas players. Have a look:

Kohli never shies away from a 'friendly' chat pic.twitter.com/2brc33VEtE

The shake of the head. McGrath would be proud pic.twitter.com/rqyl09HGI3

However, despite all the videos of the events that transpired, the image of Virat standing infront of the Proteas players showed how he fought like a lone warrior last night. Have a look: 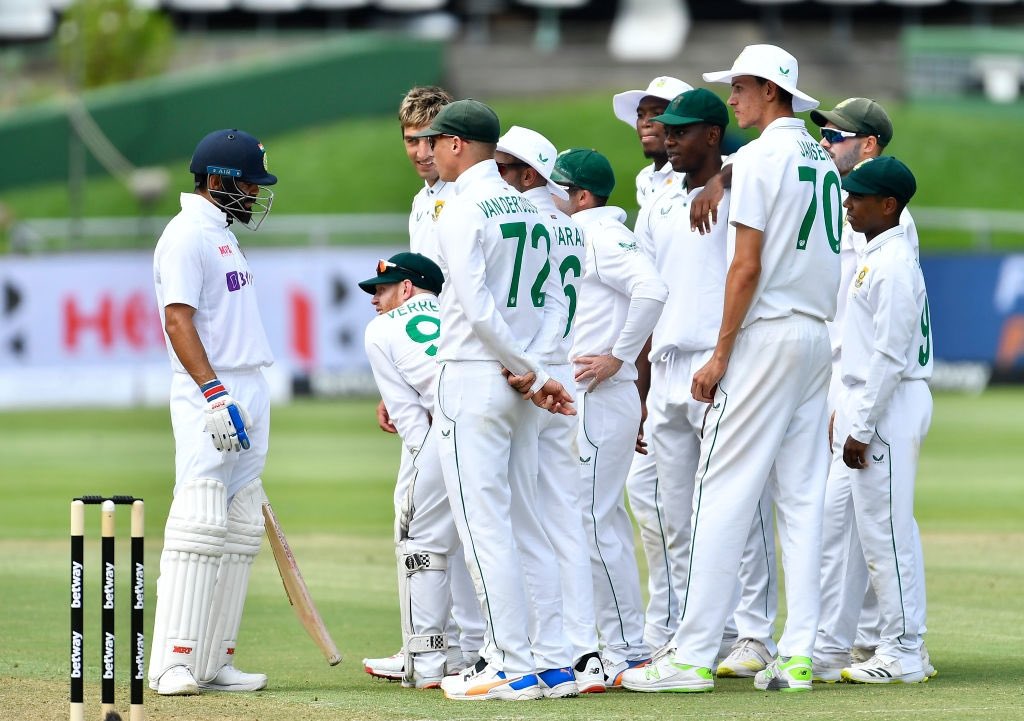