Superstar all-rounder Hardik Pandya on Sunday unveiled the jersey of the Gujarat Titans, his new IPL franchise, and is set for a new chapter in his IPL career. However, it seems like he has moved on too sooner from his previous IPL franchise, Mumbai Indians, than perhaps the fans expected. It has been learned that …

Superstar all-rounder Hardik Pandya on Sunday unveiled the jersey of the Gujarat Titans, his new IPL franchise, and is set for a new chapter in his IPL career. However, it seems like he has moved on too sooner from his previous IPL franchise, Mumbai Indians, than perhaps the fans expected.

It has been learned that Pandya has unfollowed the Mumbai Indians and also MI skipper Rohit Sharma on Instagram. 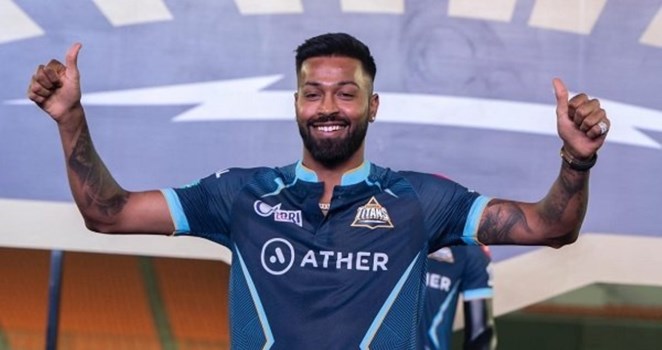 Hardik shot through the ranks with his outstanding performances for Mumbai. He has been with the franchise since 2015, winning four titles, before he was released. The Titians then roped him in for INR 15 crore and named him their captain.

Now, Mumbai Indians fans have left feeling unhappy, some even betrayed as Pandya unfollowed the franchise and Sharma on Instagram. They feel that it’s arrogant and unfaithful of Pandya to do to the team where he attained all his IPL success and the franchise that backed him when he wasn’t doing well.

Here are some of the reactions to Hardik’s recent social media activity:

Never liked him tbh, heard somewhere that he told GT to not buy Raina as replacement for Roy because he didn't want any competition for Captaincy

Hardik Pandya unfollowed Mumbai Indians on Instagram ?
and MI fans are trolling him and acting like "Who is Hardik?" lmfaooo ????

btw Hardik did very nice by removing trash from his following list ? pic.twitter.com/hcNVlUocz9

I don't want to look so much into this.
As a MI fan he will always be special for me. I really want him to perform with both bat and ball and play for India again.

This is worse from @hardikpandya7
He even unfollowed Rohit Sharma on Instagram
Many good players come & go but no one recognise them due to lack of proper team & opportunity. MI gave him opportunity & featured him in 11 in last 2 season even when he didn't bowl & he did this

Mumbai Indians follows Hardik Pandya on IG, but it's not the same from the other side.

Hardik featured in 92 matches for Mumbai Indians, in which he scored 1476 runs at a strike rate of 153, and took 42 wickets with the ball in hand. He played purely as a batter in the last two seasons.

Pandya was recently demoted from Grade A to C in BCCI’s annual contracts has had fitness issues over the last two years which has rendered him unable to bowl full tilt and hasn’t played a Test match since 2018. Pandya has not played for India since the T20 World Cup last November as he’s been recovering from his back injury troubles.

Ahead of the IPL 2022, Pandya has reached the NCA in Bangalore for his fitness test, clearance of which he will be allowed to feature in the IPL.

Gujarat Titans Director of Cricket Vikram Solanki said that the 28-year-old all-rounder has been working hard and is “on his path to recovery”. He acknowledged Hardik’s hard-hitting batting, adding that the franchise is expecting their skipper to play all his roles in the upcoming IPL 2022.

“Hardik Pandya is working extremely hard in all aspects of his game, from the rehabilitation and recovery point of view. He is conscious that he has to get up to speed with batting, bowling and fielding… He is on his path to recovery and playing a full part but we have to be patient with the demands,” Solanki told The Telegraph.

“Remember, he is coming back from an injury. Hardik as a batsman is an exceptional addition to any team. But if we take batting, bowling, and fielding together, then he’s a complete package. But having said all that, we have to be conscious of his long-term plans. We are very happy with the way he is progressing.”

Titans will make their IPL debut against the other debutant, Lucknow Super Giants, on March 28 at the Wankhede.

Also Read: IPL 2022: Rating All The 10 Jerseys In The Tournament