After years of dating, that was always open in public, Indian cricketer KL Rahul and Bollywood diva Athiya Shetty, the daughter of Suniel Shetty, finally got married on January 23, Monday. The wedding and all its events took place in Suniel Shetty‘s Khandala farmhouse.

Rahul-Athiya are the latest addition to the long list of cricketers marrying bollywood actresses. One of them is KL Rahul’s own teammate Virat Kohli, who in 2017 got married, to bollywood superstar actress Anushka Sharma.

Both Virat Kohli and Anushka Sharma weren’t able to attend the wedding of KL Rahul and Athiya Shetty.

Virat Kohli is currently in Indore with Team India. Virat and rest of the Team India members couldn’t go to KL Rahul’s wedding as the Men In Blue will take on New Zealand in the third ODI of the series in Indore on Tuesday, just a day after the KL Rahul-Athiya Shetty wedding. Given such a short turnaround between the two events - marriage of a close friend and teammate and an international game - it was not a surprise that the Indian players part of the ODI squad to face New Zealand couldn’t make it to the grand wedding.

Kohli’s wife Anushka Sharma is also reportedly away with other assignments. The star actress who is also an investor was seen in Mumbai taking part in a programme for Slurrp Farm, a company she has invested money in.

Speaking of the wedding, the festivities had begun on Saturday, the pictures and videos started surfacing on social media that revealed the grand decorations at the farmhouse. On Sunday night, the family hosted a sangeet ceremony with a cocktail night which was attended by their family members and close friends.

According to reports, KL Rahul and Athiya Shetty’s families had decided to have a ‘no phone policy’, with guests, rumoured to be around 1000 or so, being requested not to post photos or videos online. 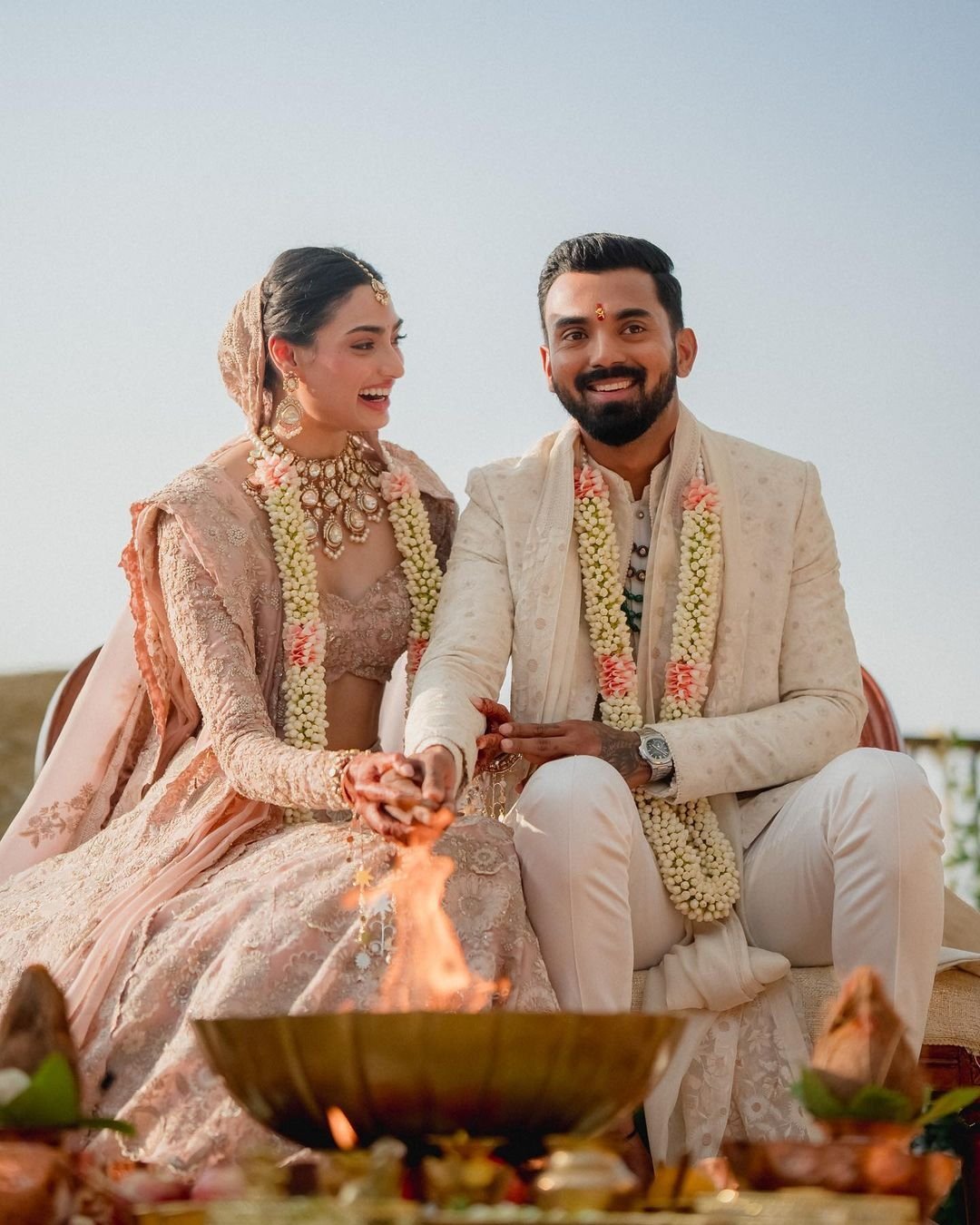 Only on Monday evening did the photos finally were shared on social media by Rahul and Athiya. In the photos, the two can be seen smiling and enjoying each other’s company. The elegant pictures sparkled their love and happiness of them being married.

Taking to social media, KL Rahul uploaded the pictures and wrote: "In your light, I learn how to love…Today, with our most loved ones, we got married in the home that’s given us immense joy and serenity. With a heart full of gratitude and love, we seek your blessings on this journey of togetherness."