I Don’t Think My Father Will Be Too Happy About This Game: Shubman Gill

Despite scoring a century in the Indore ODI against New Zealand, Shubman Gill believes his father won’t be too pleased, and would have been even happier had he convered his century into a big score, as he had done in the first ODI, in Hyderabad, by slamming a double century.

In a light-hearted chat with head coach Rahul Dravid following India’s 3-0 ODI series win over New Zealand, which came on the back of a 3-0 whitewash over Sri Lanka, the duo talked about the hard taskmaster Gill’s father Lakhwinder Singh is.

Rahul Dravid revealed that Gill’s father wasn’t fully happy with the 23-year-old when he the opener was failing to get big scores, failing to convert his starts into something more substantial.

Speaking to the BCCI’s official website, Dravid said: “So when Shubman was scoring a lot of fifties and sixties and batting well, but not really converting them into big hundreds, I think his father had said, ‘Shubman are you only going to show us drizzles or are you actually going to show us some rain and some thunderstorms.’” 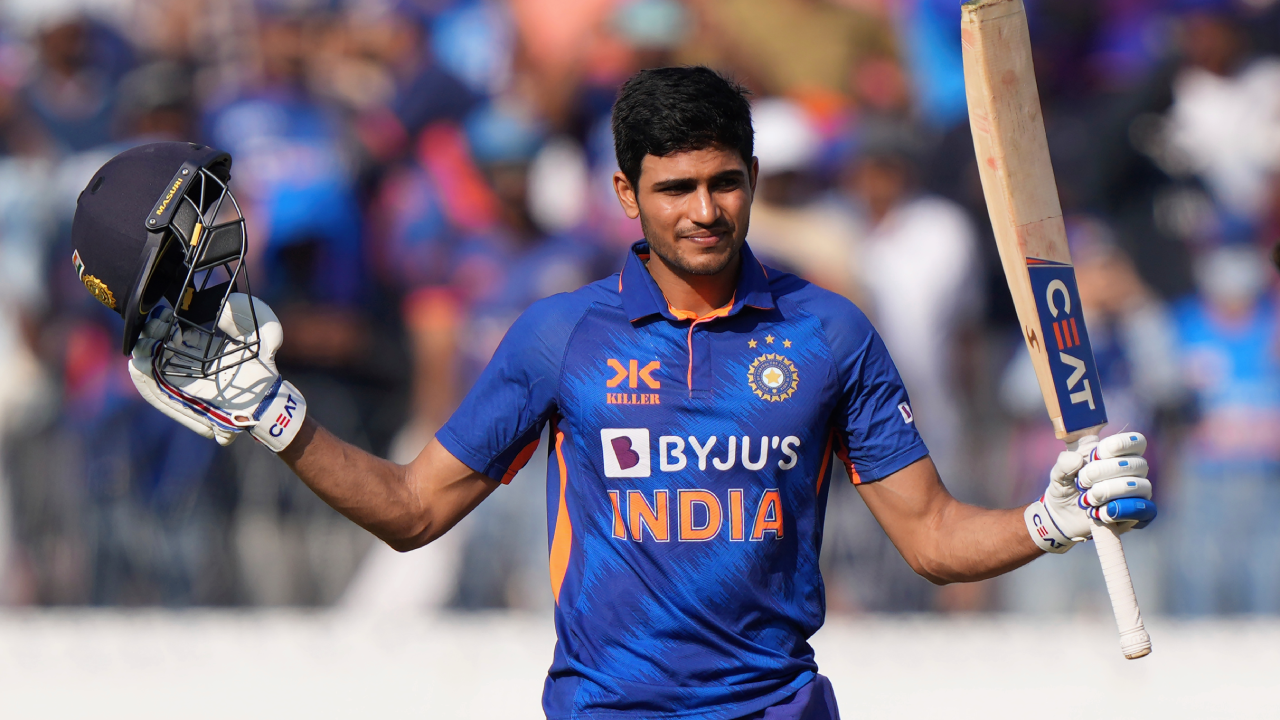 Shubman Gill took his father's words to heart and has rained cats and dogs in January.

“I think his father will be glad that over the last month or so, what you have done is you really made it rain. So, well done. It must make you and your dad really proud,” said Dravid.

“Hard task master your dad man! If we don’t push you, he will. So you’re in good hands,” said Dravid.

The BCCI uploaded the video of this chat between Gill and Dravid:

Man of the moment, @ShubmanGill, shares it all in this interview with Rahul Dravid 👌 👌 - By @ameyatilak